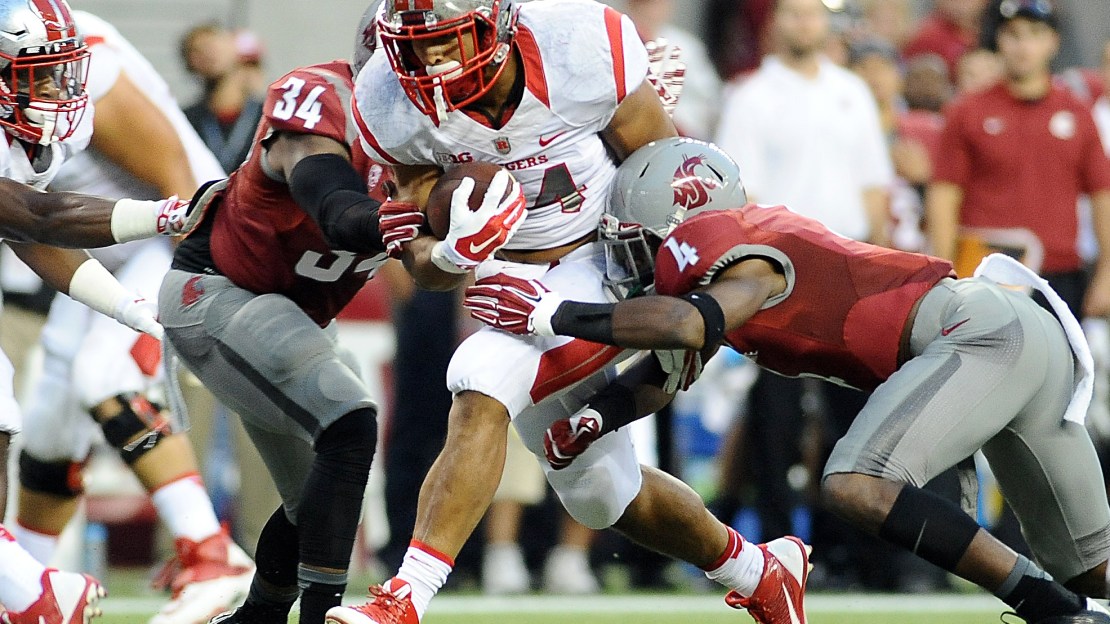 It was a great Big Ten debut for Rutgers, which won a 41-38 thriller over Washington State in Seattle. The win sends a message to the rest of the Big Ten: The Scarlet Knights have a physical offense and a defense with underrated speed. Don't overlook this team, which also gained a lot of confidence with this triumph.

Here are three things I learned:

1. Paul James is in midseason form, rumbling for 173 yards and three touchdowns. The Rutgers back is one of the most physical runners in the Big Ten, capable of carrying a big load. The Scarlet Knights will need James to have more nights like this if they want to make the program?s Big Ten debut a success. Also, kudos to the offensive line, which controlled the trenches behind line coach Mitch Browning. These guys are tough.

2. It?s just one game, but it?s apparent that new OC Ralph Friedgen has made an impact on this offense. After the opening drive, QB Gary Nova struggled with his consistency. But he found his rhythm in the fourth quarter and showed a command of the offense, finding open receivers and making some nice decisions. This is a performance to build on for Nova, who hit 16-of-27 passes for 281 yards with two touchdowns and a pick in a back-and-forth game.

3. Prior to arriving in Seattle for this game vs. Wazzu, there were concerns about the defense. After this game, those concerns are warranted, as Rutgers allowed 532 yards passing. The Cougars sliced and diced the Scarlet Knights? defense through the air, as Rutgers offered little resistance. But the Scarlet Knights made timely plays late in the game, as Johnathan Aiken forced a key fumble in the fourth quarter that set up Rutgers? game-winning TD and sealed the victory by breaking up a fourth-down pass to end Washington State's hopes.