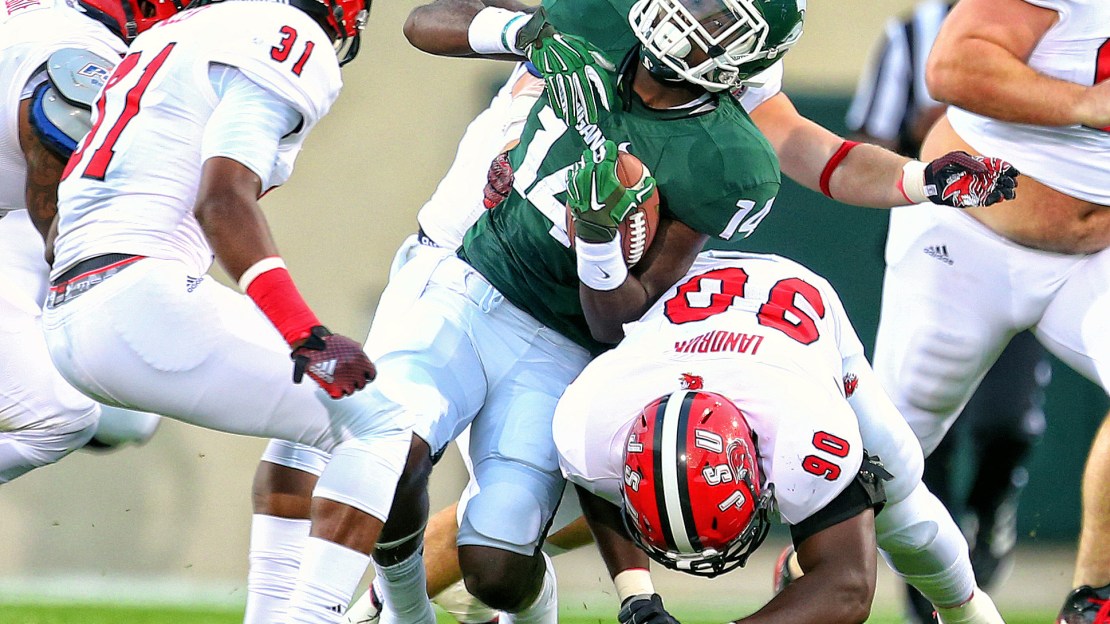 Michigan State took care of business in impressive fashion coming off a magical 13-1 season that included a Big Ten and Rose Bowl championship. The Spartans? 45-7 victory over Jacksonville State sent a strong message that it?s business as usual in East Lansing. Yes, JSU was overmatched. Still, the Spartans did what they should do: crush ?em. This was a classic clear-the-bench blowout and an opening salvo announcing that MSU is the team to beat in the Big Ten. Bring on Oregon!

Here is what I learned.

1. The retooled defense is just fine. This unit replaced six starters and was dominant vs. a Jacksonville State offense that typically is strong and explosive. The unit helped Michigan State build a 38-0 halftime edge and allowed 244 total yards, including just 22 yards rushing on 25 carries.

2. The offense looked to be in midseason form. The Spartans notched 393 yards by halftime and 565 overall. No shock there. This should be one of the better offenses in the Big Ten led by Connor Cook, who hit 12-of-13 passes for 285 yards with three TDs in a half of work. The offense was outscored by the defense two touchdowns to four through two games last year. MSU had 297 yards vs. Western Michigan and 265 vs. USF, scoring a combined 47 points and 562 yards in the opening games of 2013.

3. Michigan State will take lots of mojo to its big game at Oregon next week. Bumps and bruises to key contributors aside, things couldn?t have gone much better for the Spartans in what essentially was an exhibition game. The offense may have to score a lot of points to beat the Ducks. Yes, the Spartan defense looks good. But it will face one of the nation?s top attacks next week and figures to get gashed a few times.