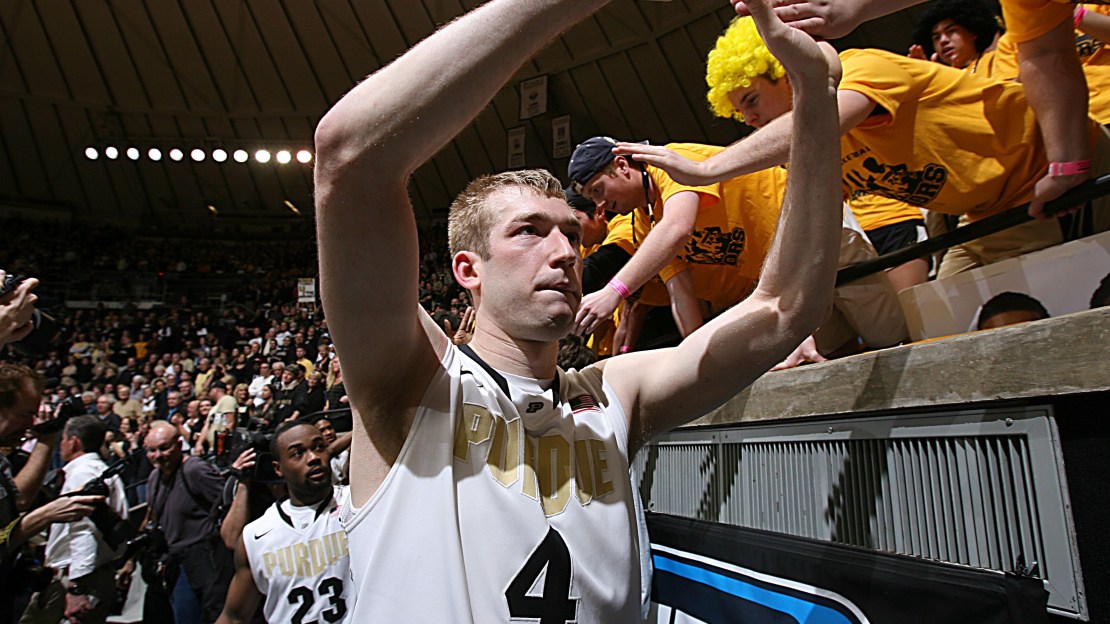 Big Ten fans know Robbie Hummel as a talented basketball player and a tireless worker who battled injury throughout his Purdue career. He's also a jokester, and he showed it Wednesday in a series of tweets. For no particular reason, Hummel took to Twitter – and Instagram – to announce that he was "in the studio grinding" on his first hip hop album: "ROB: Road to Redemption."

Excited to announce that I've been in the studio grinding and have finally finished my first hip hop? http://t.co/oSNYzbfxey

@Twolves_PR no this is the real deal

He even asked for some help:

Hey @50cent have a big opportunity for a track on my new cd…let's get @JustBlaze in the studio and drop the track #ROB:RoadtoRedemption

"The ACL can burn in hell." Check out these lyrics!

219 On my grind Got them haters on my mind The ACL Can burn in hell Ride of die From Parker drive. #dropthemic #ThoseBarsAreTooCold

The fun was short-lived: