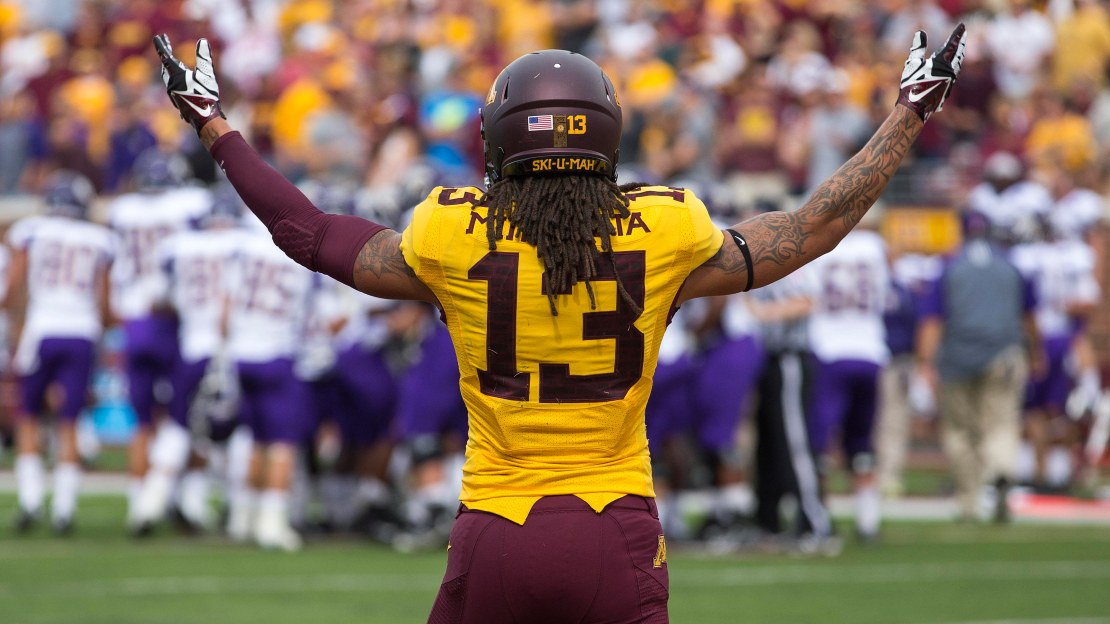 Is there a more valuable assistant in the Big Ten than Minnesota defensive coordinator Tracy Claeys? Maybe not. He showed his leadership and acumen when serving as acting head coach last year when Jerry Kill was ill, coming down from the press box to coach on the field. But Claeys has moved back upstairs.

During Minnesota's four-game Big-Ten win streak last fall, though, Claeys earned national praise, and was nominated for the Broyles Award given to the top assistant in college football. That attention led to head-coaching interest. But, Claeys stayed put. He knows he?s in a good situation. And he knows the Gopher program is on the rise.

Speaking of Minnesota, sounds like Golden Gophers tickets are a hotter commodity. No shock there.

The loss of Ohio State quarterback Braxton Miller to a season-ending shoulder surgery still is a shock. Even worse: A second surgery on his shoulder will be no easy road to recovery, according to experts.

It?s amazing to think Miller reinjured the shoulder just making a throw. There was no contact. That raised some eyebrows, no doubt. It sounds like Miller is in store for a longer rehab this time-and the risk to incur issues again probably is greater. That has to cast serious doubt on his future, right? Can a team really invest in Miller as a starter knowing the probability for him hurting his shoulder again seems great? Especially when you consider his style of play, which includes running the ball?

"I was a little disappointed not to get voted (a team captain)," said Cook, who threw for 300 yards in the Big Ten championship game and the Rose Bowl to cap a breakout season.

"But I'm still a quarterback, and I'm going to do whatever I possibly can to lead this team, and try to be a leader any way possible."

I can?t say I?m shocked the USC transfer Ty Isaac was denied his NCAA appeal to play this year at Michigan.

The school will appeal. But the case seemed flimsy to begin with to me. I mean, check out the rule: The NCAA requires all student-athletes seeking a hardship waiver to transfer to a Division I school within 100 miles of the family member in question. Ann Arbor is more than 250 miles from Isaac's family home in Shorewood, Illinois.

Am I missing something?

Nick Baumgardner of Mlive.com says Peppers is listed as the team's top nickel corner for Saturday's season-opener against Appalachian State. Michigan will also look to Peppers to return punts Saturday, and he'll probably also get some reps at corner in Michigan's base defense. I can?t wait to watch this kid.

I, for one, am eager to see the impact new Rutgers offensive coordinator Ralph Friedgen will have on the Scarlet Knights? attack. It sounds like the quarterbacks will have more responsibility.

Dan Duggan of NJ.com says that in Rutgers' pro-style offense, the quarterback always had some basic reads at the line, such as identifying the middle ("Mike") linebacker, which sets the pass protection. But under Friedgen, quarterbacks have more freedom to make changes than last season when Ron Prince was the offensive coordinator.

"It reminds me a lot of sophomore year where I was in control of protections and things like that," QB Gary Nova said. "I think Coach Friedgen puts a lot on my plate, and I think he trusts me and I trust him, so it's a good relationship."

It?s all about making the most of every play.

Penn State is in Dublin, Ireland, ready to play UCF. Here is a nice photo gallery.

It?s the worst-kept secret in the Big Ten: Indiana?s defense has to play better. Well, the Hoosiers think a new tackling system will help. This much is certain: Things couldn?t remain the same for a defense that has struggled under Kevin Wilson. If the unit can improve, IU could reach the postseason for the first time since 2007.

I?ll leave you with a story about a punter. Why? Because we hardly EVER have stories about punters. Good enough for me. You?re welcome, Sam Foltz.