Mailbag: When will Bo Pelini get Nebraska over the hump? 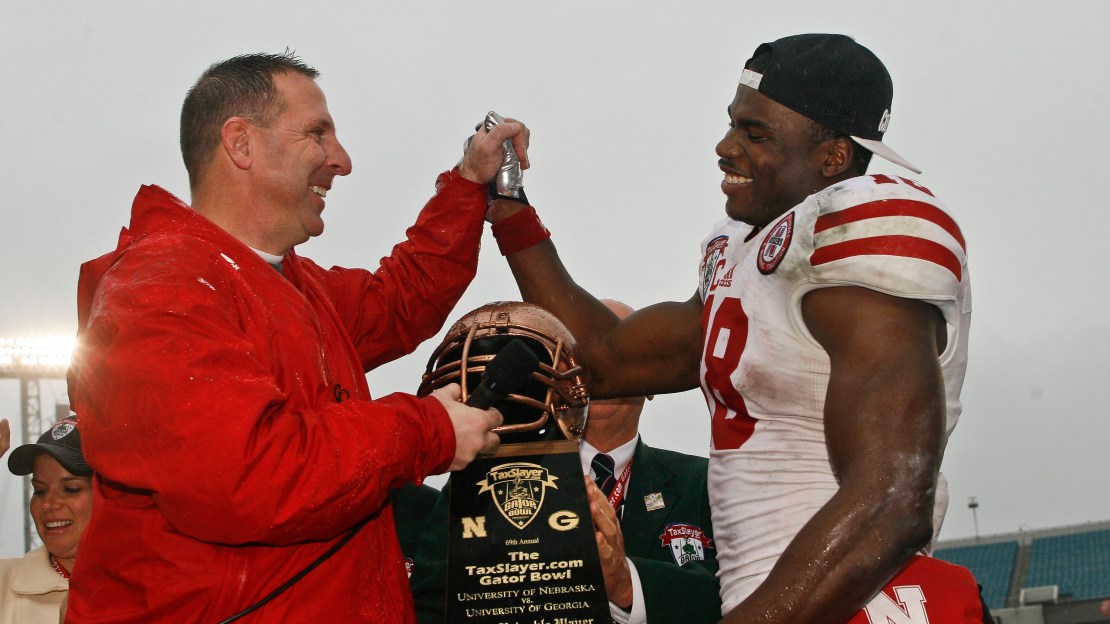 Lots of questions from readers coming off the BTN bus tour. Plus, the season is underway. So, let?s answer some of your queries. Keep ?em coming!

When will Bo Pelini finally get Nebraska over the hump? – Doug Nelson

It may be this season. He has won at least nine games in each of his six seasons in Lincoln, getting to the 2012 Big Ten title game. Still, Pelini has been unable to deliver the program?s first league championship since 1999. This year?s defense looks championship caliber. The key will be developing balance on offense, limiting turnovers and tightening special teams. It could happen this fall.

It's nice to see the Hawkeyes getting some love for a change. – John

There is a lot to like about Iowa. But most people are quick to tell me: Every time the Hawkeyes have big expectations, they struggle. Well, we shall see if that holds true this season. Great programs handle big expectations. I think Kirk Ferentz?s crew is capable. So much to like personnel-wise, beginning with good lines on both sides of the ball.

Do you think Gary Andersen is maybe playing with fire with this choice of quarterbacks? No knock on Tanner McEvoy. However, Joel Stave is a darn good quarterback. And he has the game experience. I highly doubt at 6-6, McEvoy has the "quicks" to evade these big, strong and fast ends. Watch for LSU to take advantage and use more blitzing schemes to confuse McEvoy. Thoughts? – Ryan

You make great points. Yes, Stave isn?t a great fit for what Andersen wants to do on offense. But McEvoy is hardly uber elusive, either. And, as you point out, Stave has a lot of experience, which would pay dividends vs. what figures to be a tough LSU team. Stave figures to play vs. LSU. Still, McEvoy is the starter and could end up getting the bulk of the action. We shall see. No doubt, the Tigers will dare Wisconsin to throw and come after McEvoy-or whoever is under center for the Badgers.

Do you think Illinois coach Tim Beckman will continue to run his offense similar to last year, with lots of gutsy decisions, even without Nathan Scheelhaase? – Jack Whetstone

I do. Beckman trusts coordinator Bill Cubit, who runs this offense. And Cubit did a great job in his debut last season. If not for the offense, the Illini may not have won four games. New QB Wes Lunt isn?t the athlete Scheelhaase was. But he?s a better passer. I wouldn?t be shocked if Lunt passes for 3,500 yards. Remember: Scheelhaase led the Big Ten with 3,272 yards passing last season.

I love the fact that Michigan is being over looked. I heard some expert knuckle head say Michigan is still an underdog. Michigan had a historically bad season in terms of rushing yards per game and negative plays. I just don't think you can expect that type awful play again this year. Michigan is talented and embattled, which makes it dangerous. GO BLUE! – Shamar

No doubt, Michigan is flying under the proverbial radar. And, that?s probably a good thing. This team needs to focus on itself and build a psyche that has to be a bit fragile. How will the team handle adversity? What will the leadership be like? This could be a good Wolverines squad. The defense has a chance to be one of the better units in the Big Ten. The key will be the offense. Can the line develop and get a consistent push in the rushing game? If so, there?s enough skill for this offense to be good under new coordinator Doug Nussmeier.

Why are so many people picking Michigan State?s Shilique Calhoun to out-perform Nebraska?s Randy Gregory? Gregory led the league in sacks last year while being in Pelini's system for only a couple months prior to the season. – Brian

You make a good point. Gregory is Calhoun?s peer in every way. The reason Calhoun gets the hype is because of the success of his defense and team. But, I like Gregory as much-if not more-than Calhoun. Each figures to be a first-round pick in the NFL draft someday. Special players.

I think Rutgers is going to do OK. I know we are the Big Ten sleeper. – Julio Kelly

I will say, I was impressed with how the Scarlet Knights looked when we stopped for practice earlier this month. This looks like a Big Ten team, especially in the trenches. But a lack of depth could prove hazardous. And the schedule is murderous. I think Maryland has a better chance to be a sleeper than Rutgers.