Opportunity knocks for the Big Ten in non-conference play 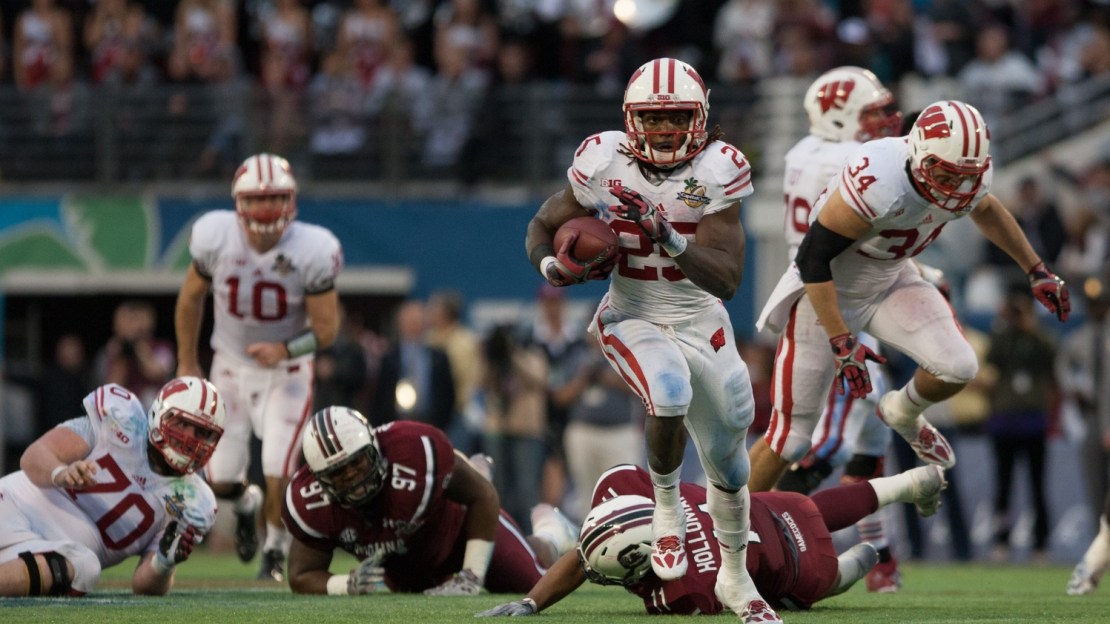 Opportunity. It?s all anyone can ask for. The chance to prove something, to show that you are worthy, to prove that you can do it.

First up: Wisconsin vs. LSU in Houston on Saturday.

Next up: Michigan State at Oregon on Sept. 6.

These are two prime opportunities for the Big Ten to earn some much-needed credibility by scoring victories vs. elite programs.

And, honestly, the Big Ten never really has been the same.

Conversely, the SEC has soared, propelled by those two resounding victories over the Big Ten to win seven national championships in succession. It was a stunning show of dominance that the Yankees, Duck, Ming-and any other dynasty out there–could appreciate.

Since getting dumped in those BCS title games, the Big Ten hasn?t sniffed the national championship game. The conference has been in what can gently be termed a ?slump.? Some others use more harsh terms.

But the Big Ten can send a message the first two weeks of the season by beating LSU and Oregon. Each program has been among the best in college football in recent history. The Ducks are No. 3 in the AP poll; the Tigers are No. 13, despite having a national-high nine players taken in the 2014 NFL draft. Wisconsin coach Gary Andersen thinks it?s important to play an SEC foe. The Badgers arguably have been the Big Ten?s top program over the last five or so years, going to three Rose Bowls in a row from 2010-12 and just missing a BCS game last year.

?Some people think I'm absolutely crazy when I say that, but I like it as long as it's the first game of the year and you have an opportunity to go play a team outside of your conference. It's an opportunity for again, for the university, for the kids in the program, and to really get an idea of where you sit, kind of the lay of the land outside of the Big Ten Conference.?

Michigan State has a tune-up vs. Jacksonville State on Friday night before heading to Eugene, Ore., to play in one of college football?s cauldrons: Autzen Stadium. It?s a cacophony of blinding noise that will be rollicking when the Spartans arrive. The Ducks rarely lose in their digs, going 92-17 in Autzen since 1997. The clash between Oregon?s high-flying offense and Michigan State?s steely defense is appetizing, pure strength on strength.

The Spartans took a step toward being a top program by capping a 13-1 season last year with a Rose Bowl triumph vs. Stanford. The Cardinal, however, are a more plodding team compared to Oregon and its go-go attack.

?I think there are certain programs that sort of set the trend for offensive or defensive football,? Michigan State coach Mark Dantonio said at Big Ten media days. ?I think that?s happened at Michigan State on the defensive side.?

The games for Wisconsin and Michigan State no doubt will augment their resumes as they angle for one of four playoff spots. But even with a loss this early in the season vs. a quality opponent, the Badgers and Spartans seemingly would have enough time to rebound. Still, a loss would continue a narrative that has dogged the Big Ten for several years: It just doesn?t measure up with the elite.

There is no hiding from it: These games are a measuring stick for MSU, Wisconsin and the Big Ten. Losses in either game-no matter how close-will sting.

?I think that could be a statement game,? MSU quarterback Connor Cook said of the visit to Oregon. ?I think that would just open up eyes around the country, like, ?Wow, Michigan State?s for real.? ?