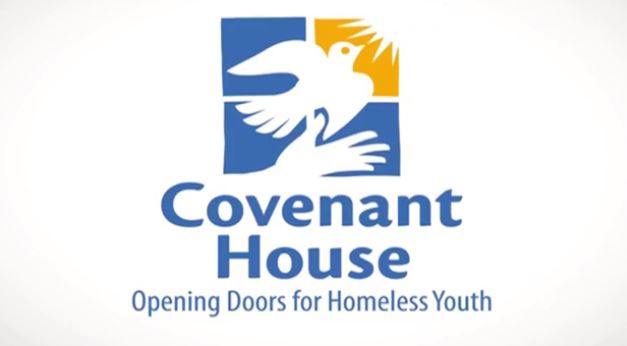 It's been more than two decades since Creighton Drury hit the hardwood in a Scarlet Knights basketball uniform, but he still carries lessons from his playing days.

The Rutgers alumnus currently serves as executive director for Covenant House New York, the original site of the Covenant House charity organization that provides a variety of services to tens of thousands of homeless children and adolescents throughout North America each year. He traces his interest in working with at-risk youth back to his experiences as a player on the university?s basketball team.

Drury said his first significant encounters with challenges faced by disadvantaged young people came from hearing stories about life in the inner city from some of his fellow players at Rutgers.

?It was really eye-opening,? he said.

Drury went from being a walk-on player as a freshman to the team?s captain and starter his senior year. In that span, he witnessed how intangibles like attitude, cohesiveness and work ethic contributed to the team?s overall performance - something that would serve him well in the leadership roles he would take on in the future. He recalled vividly how he and his fellow teammates came together to overcome obstacles and lift the team above most people?s expectations with appearances in the NCAA tournament in 1989 and 1991.

?We had a great group of guys with a lot of good chemistry,? he said. ?My college playing experience was phenomenal. I loved every moment of it.?

Off the court, Drury, a history major, completed his senior honors thesis on the struggles and discrimination experienced by African-Americans in Division I college basketball - i.e., gaining the acceptance of coaches, necessary supports from academic institutions and the consequences of low graduation rates. This furthered his personal interest in the problem of inequality based on race, ethnicity, class and other categorizations.

Along with his experience as a student and athlete at Rutgers, Drury?s career path was influenced by his first job out of college: working as the assistant state director for New Jersey U.S. Senator Bill Bradley. Drury described Bradley, another former basketball player who was keenly interested in issues like economic and legal inequity, as a ?real mentor.?

Following law school and a stint as an attorney at a large corporate firm, Drury served in executive roles for more than 10 years at the New Jersey Community Development Corporation, where he helped build a community development organization serving thousands of youth in Paterson - New Jersey?s third-largest city - through a comprehensive pipeline of high-performing schools, youth-development programs, housing opportunities and community centers. He also spent a few years as the State of New Jersey?s first-ever director of gang-prevention.

?That?s when I got the spark,? he said of his experience at NJCDC. ?It was then that I discovered just how much I loved working with kids.?

Drury joined Covenant House New York as chief operating officer at the beginning of 2012 and was promoted to executive director last summer. In the past year, he?s grown the organization?s resources and capacity by 20 percent, thereby increasing the number of young people served annually by close to a thousand. Additionally, he?s provided vision and direction with the creation of a bold strategic plan that will bring much needed resources and improvements to the agency?s facilities and communications.

?I?ve been honored to be part of this movement for the past few years,? he said. ?It?s a really special community with a cavalry of compassionate heroes who each and every day are helping scores of homeless young people to find safe, loving places in their lives. Unfortunately, the need for this level of commitment and services is overwhelming.?

When he?s not focused on helping improve the lives of young people and raising his own three children with his wife, Drury follows Rutgers basketball. He said he?s especially excited about two recent developments. The first is the promotion last year of ?Fast? Eddie Jordan, a former Scarlet Knight guard who helped lead the team to the Final Four in 1976, to head coach at Rutgers. The second is the school?s recent move to the Big Ten Conference.