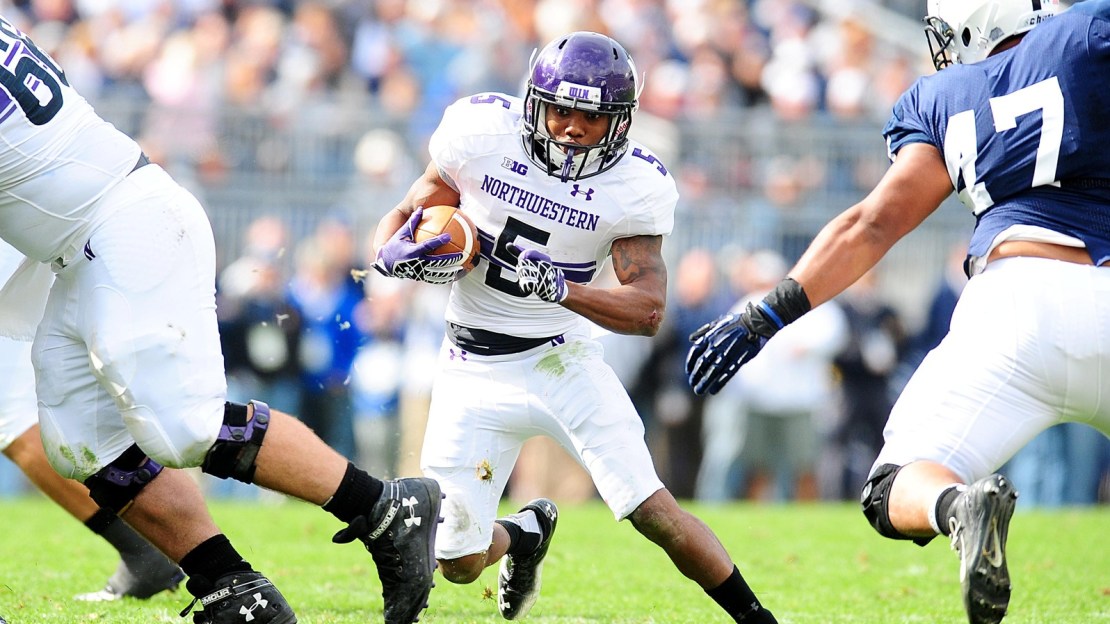 Mark, who was going to be suspended for some of this season for an unspecified violation of team rules, said he wanted to be closer to his mother in Houston.

"This is an hour and half from my mom," Mark told the network. "It's the best fit."

He declined to elaborate on reasons for his departure outside of citing health issues with his mother and grandmother.

Mark told ESPN he had interest in Football Bowl Subdivision teams, including Baylor, Houston, Oklahoma State, Texas Tech and Kansas. He said they were willing to apply for an NCAA waiver so he could play this season. But he didn't want to take a chance with his last year of eligibility.

His degree will be from Northwestern, Mark said, and that there are no hard feelings between him and Wildcats coach Pat Fitzgerald.

"The is no bad blood with Northwestern at all," he said. "Me and Coach Fitz still talk. We are still family."

West Texas A&M is a Division II team in Canyon, Texas, about 20 miles south of Amarillo.

Mark missed much of last season with injuries. The NCAA gave him an extra year of eligibility.

He finished 2012 with 1,366 yards and 12 touchdowns and returned two punts for touchdowns during a breakout year.