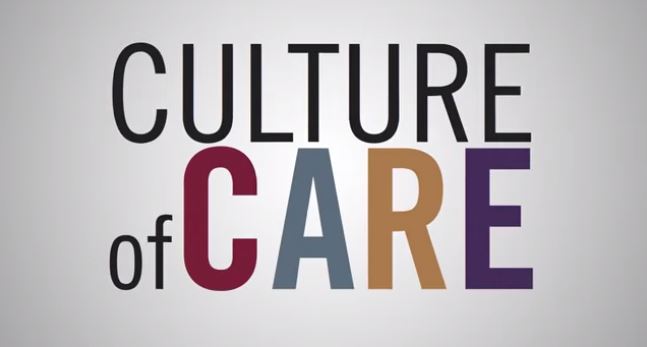 Imagine you?re attending a party at college. Everyone?s having fun, but another person there you don?t know is having too many drinks. Eventually, the individual passes out on a couch, looking unwell. No one else seems to notice or mind this person, though. What would you do in this situation?

Through an education and awareness program called Culture of Care, students at Indiana University want their classmates to know that it?s okay to get involved in situations like these. When they sense their peers are facing personal crises in areas such as drug and alcohol abuse and sexual harassment, they should extend a helping hand and not simply assume they?ll get through it on their own or get help elsewhere.

Mikaela Shaw was a senior in 2012 when she, along with the IU Student Association (IUSA), helped start Culture of Care. Mikaela and IUSA leaders felt that the tragedies leading up to 2012 could have been prevented had fellow students intervened. Mikaela shares that ?as student leaders, we [needed to] make a change - take something terrible and transform it.? The change they decided to make was Culture of Care, with an emphasis on ?bystander intervention? on behalf of students who face some sort of personal crisis.

Incidentally, the development of the Culture of Care coincided with IUSA?s work in implementing a medical amnesty policy on campus - what would eventually become the Hoosier PACT - and passing the Indiana Lifeline Law at the state level. A key component of medical amnesty is the encouragement ?of individuals and groups to call for help for someone who needs medical attention ? by granting them limited amnesty from certain legal repercussions,? according to fellow IU student and current Culture of Care co-chief Katy Flanigan.

But the students creating this program needed more than policy changes to establish the kind of mindset Culture of Care sought to instill. They had to get the word out about their cause on a campus with tens of thousands.

To build buzz, they kicked off with a Culture of Care week in Spring 2012. The publicity blitz included speakers, workshops, distribution of merchandise, educational booths and more, Katy said. Their goal was to create the initiative to educate students and start the conversation around the issues of sexual well-being, drug and alcohol abuse, mental health and personal respect - and to encourage students to intervene when they see others in crisis.

The launch was a success, and Culture of Care was soon supported by administration, faculty and staff. A committee of students continued to grow the program by creating a Web site, building a social media presence, hosting events, and collaborating with student groups and departments on campus so that the ideals of Culture of Care could be integrated into more areas of student life. They also began to work under an advisor in the Dean of Students? office.

Katy Flanigan is proud of the work that?s been done in such a short period of time. ?Culture of Care is unique and special because it represents the first time students have come together to encourage other students to have a safer college experience,? she said. ?When I was a freshman, no one had ever heard the phrase ?Culture of Care? before.

?Now when I return to campus as a senior next week, I will see people walking around everywhere with T-shirts and water bottles displaying the logo. Incoming freshmen will be familiar with the initiative and what it means, and consequently more likely to intervene in a situation in which another Hoosier's safety might be compromised.?

?IU Hoosiers have the capacity to have the courage to care,? co-chair Rachel Green added, ?and they can attain the skills and confidence to do so.?