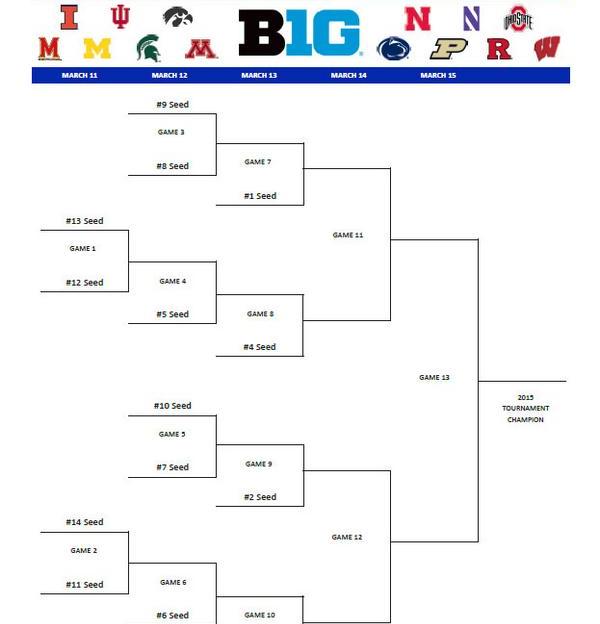 The Big Ten recently unveiled what its 2014 men?s basketball tourney bracket will look like going forward now that the conference has 14 teams. The format will feature a double-bye for the top four seeds.

This has Mike DeCourcy of Sporting News wondering if some coaches should worry.

It seems the extra time off isn?t always desirable for coaches. Instead of sitting for the first two days of the tournament and presumably getting rusty, some coaches would prefer to be playing. Isn?t it advantageous to rest after a long regular season? Isn?t that a reward? But, I digress.

To me, fretting over the merits or demerits of a league tourney double-bye seems to be much ado about nothing.

To begin with — How much do teams seeded Nos. 1-4 have to gain by playing in a conference tourney? Not much. They can maybe improve their NCAA seed by one-up or down. But, typically, teams this good that are seeded that highly in a league like the Big Ten already basically are locked into an NCAA seed.

These conference tournaments are of little value to highly-seeded teams, but they are of great value to those trying to gain entry to the Big Dance or play themselves off the dreaded bubble. Yes, I typed ?bubble? in August. I am sorry.

This is what I like to call a ?luxury? problem for elite teams. And, luxury problems are nice to have.