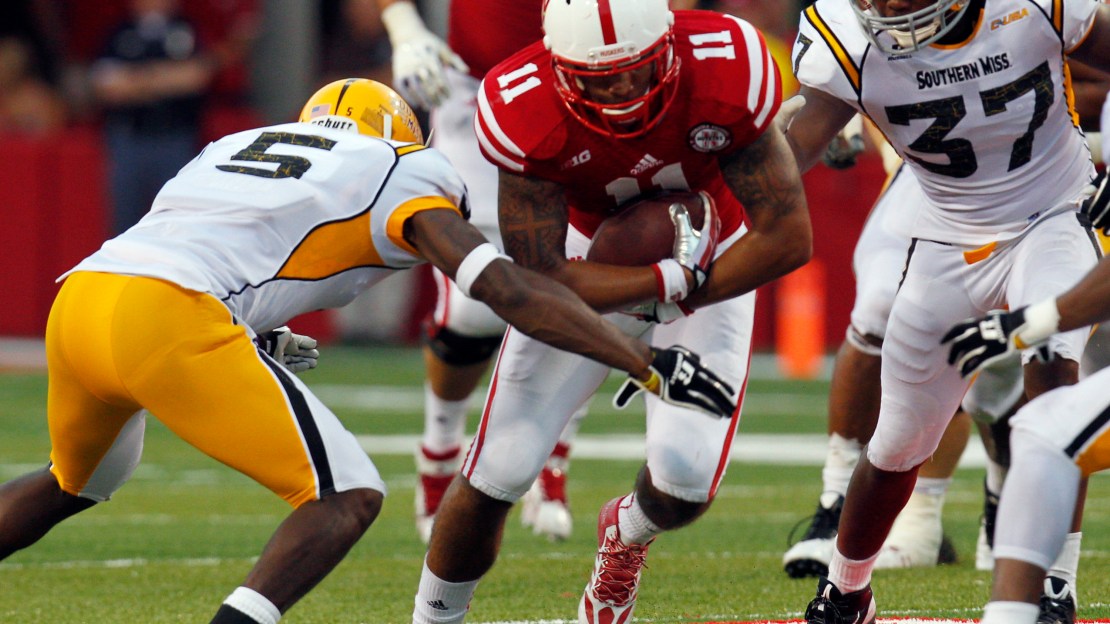 With the 2014 BTN bus tour in the rearview mirror, it's time to take a look back at my team-by-team player on the rise. These are the players who have a bright future. They might not be a star or consistent regular this fall, but you should learn their names and get to like their games.

Illinois: LB T.J. Neal. The sophomore linebacker looks good in the middle of the defense. I could see him getting 100 tackles.

Indiana: LB Marcus Oliver. When I asked a defensive assistant what players he liked, he looked up and point at No. 44, Oliver.

Iowa: DT Jaleel Johnson. The 6-4, 310-pound sophomore is a load who can move. He was unblockable today. Sack after sack after sack.

Maryland: RB Jacquille Veii. He?s a powerful package of speed and power at 5-9, 187, a running back with go-the-distance ability.

Michigan: RB Derrick Green. De?Veon Smith was my pick after we visited camp, but Green is the former all-world recruit who has shed weight, looks good and ascended to the top of the depth chart.

Michigan State: WR A.J. Troup. At 6-2, 218, he?s a big target who runs well for a receiving corps that suddenly has its share of depth.

Minnesota: Donovahn Jones. The former quarterback could emerge as the team?s top wideout. At 6-3, 200, he?s an inviting target with speed. Think Marvin McNutt, a former Iowa star WR who arrived as a QB.

Nebraska: TE Cethan Carter. He?s just a true sophomore, but he could develop into a nice target on underneath routes for Tommy Armstrong.

Northwestern: WR Miles Shuler. We didn?t get to see the Rutgers transfer, but he?s a quick wideout who can turn a small gain into a big one.

Penn State: WR DeAndre Thompkins. Here's a speedy option at a wideout spot that needs some help with Allen Robinson gone. Thompkins, who went through spring drills, could be special.

Purdue: OT David Hedelin. A JC transfer from Sweden, he has to sit out the first three games for a transfer issue. He?ll start once available. He plays with a defensive attitude at left tackle.

Rutgers: RB Josh Hicks. A true freshman with speed and instincts, Hicks is the real deal. But can he find time in a loaded backfield?

Wisconsin: QB Tanner McEvoy. Andy Ludwig gushed about the progress McEvoy has made. He is making a push and figures to have some role on this team.