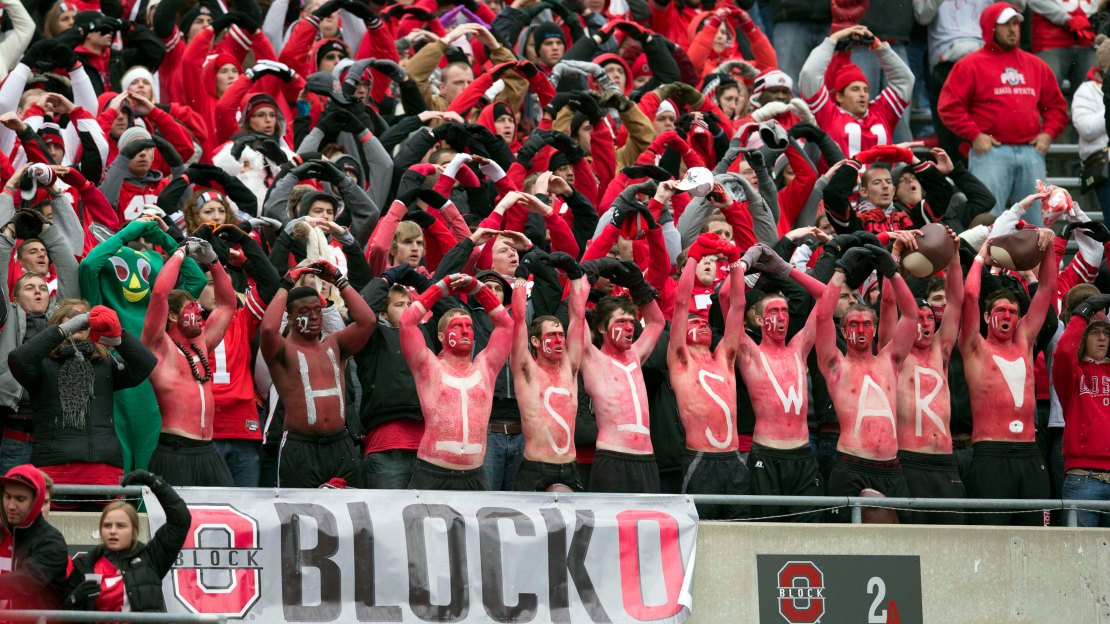 Kickoff is fast approaching. To help count down the days to Aug. 28, the BTN.com team is discussing one topic every day. Think of it as our countdown to kickoff. Today?s topic: East best fans? See Tom Dienhart, Sean Merriman and Brent Yarina?s picks in this post.

Tom Dienhart: Ohio State. The Horseshoe is a monstrosity of sound and noise nestled along the banks of the Olentangy River, spilling out Scarlet and Gray-clad fans who fiercely chant ?O-H-I-O.? There are no more loyal denizens in the nation.

Sean Merriman: Ohio State. This is a tough one. Between Michigan, Ohio State, Michigan State and Penn State, there are plenty of outstanding choices here, but I?m going to side with Ohio State. These fans are loud, passionate, and they travel in bunches. You can expect to see 100,000-plus Buckeye fans packing the Horseshoe every home Saturday. These fans love their football team. I would love to see Nebraska and Ohio State play at a neutral site. Wouldn?t that be a treat?

Brent Yarina: Ohio State. Ohio Stadium routinely finds itself atop the nation's best stadium lists, and it has its wild and passionate fans to thank. The Horseshoe is as loud and intimidating as any Big Ten stadium; it's that way from the start to the finish of a game, too. Things like the iconic "Script Ohio," the Best Damn Band in the Land and a perennial power team make Ohio State fans' job pretty easy.