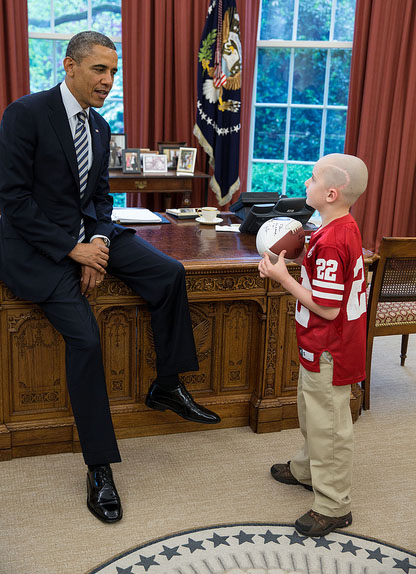 Nebraska football fan Jack Hoffman starts another round of chemotherapy Thursday, and the Nebraska football team has a message for the young brain cancer survivor who delighted the nation with his touchdown run in the 2013 spring game. Watch Bo Pelini, Kenny Bell and Ameer Abdullah, among others, send Jack their best wishes as he enters am international clinical trial in Boston.

Get all of our Jack Hoffman coverage:

"I know it's not just me personally," receiver Kenny Bell said, "I can speak for everybody in this program, we love you guys very much, we're praying for you."

"Just want to let you know Jack, you're a warrior." running back Ameer Abdullah said.

"We love you Hoffmans!" Pelini said.