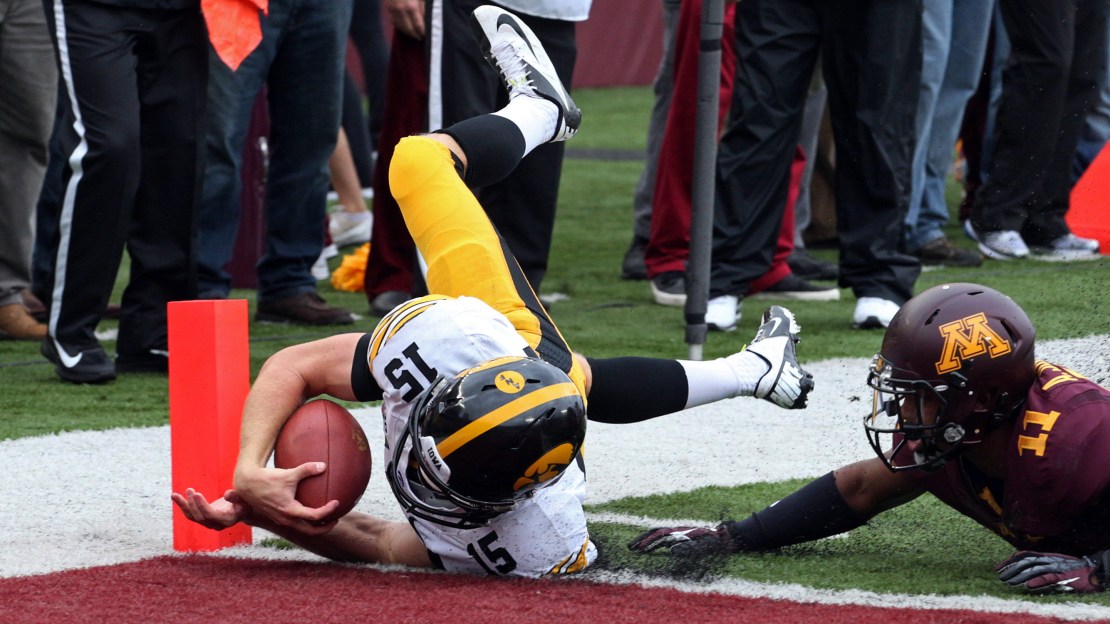 This looks like a potentially special Iowa team, a squad good enough to win the Big Ten West. The Hawkeyes are coming off a strong 8-5 season with six starters back on offense and five on defense in what will be Kirk Ferentz?s 16th season on the job.

Here are questions I have coming to Iowa practice.

1. Are the linebackers OK? The Hawkeyes lost three stalwarts in James Morris, Christian Kirksey and Anthony Hitchens? Quinton Alston looks good in the middle. How about the flanks?

2. Any big-play wideouts emerging? This offense can expect to see plenty of eight-man fronts. Iowa has to make defenses pay with a down-filed passing game.

3. Is the d-line dominating? This could be one of the better fronts in the Big Ten. It needs to be to help protect the new linebackers.

4. How's the depth on the offensive line? The starters are boffo. The backups? Not so boffo. The No. 2 guys need to develop in case of injury.

5. Is Jake Rudock developing? He had a nice debut in 2013. Now, it?s time to take the proverbial next step and go from game manager to playmaker. More explosive plays are needed from this often plodding attack.

6. How do the safeties look? There is some worry about depth. And there will be a new starter opposite John Lowdermilk. A new corner also is needed opposite Desmond King.