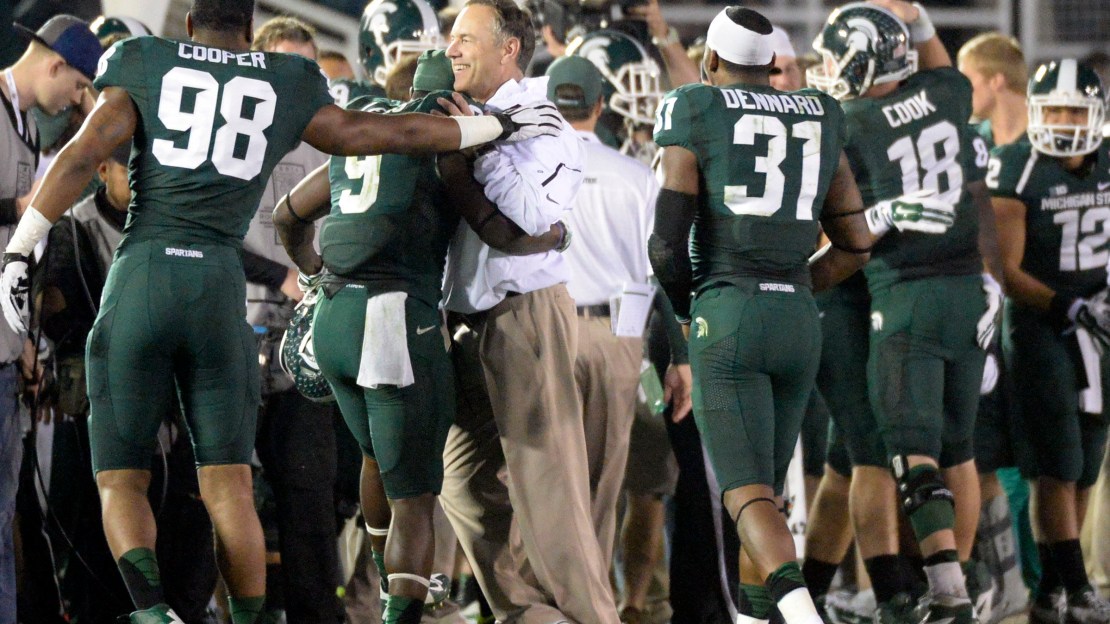 Kickoff is fast approaching. To help count down the days to Aug. 28, the BTN.com team is discussing one topic every day. Think of it as our countdown to kickoff. Today?s topic: East best coaching staff? See Tom Dienhart, Sean Merriman and Brent Yarina?s picks in this post.

Sean Merriman: Michigan State. Mark Dantonio and his staff arrived at Michigan State back in 2007 with the goal of turning around a program that hadn?t had a winning season since 2003. Since that time, the Spartans are 64-29 mark, including three 11-plus win seasons, three division titles, two Big Ten championship appearances and a Rose Bowl victory. Defensive coordinator Pat Narduzzi is considered to be one of the best in the nation, while co-offensive coordinators Dave Warner and Jim Bollman led an offense that averaged just under 30 points per game last season. This staff is among the best in the nation.

Brent Yarina: Michigan State. This one's easy. By most accounts, Mark Dantonio is one of the Big Ten's top two coaches, and by all accounts, defensive coordinator Pat Narduzzi is the Big Ten's top coordinator. Together, the two give Michigan State its personality, the toughness and physicality that epitomizes the program and its annually stout defense. Co-offensive coordinators Jim Bollman and Dave Warner are no slouches, either. What they did for this previously struggling offense last year can't be overstated.