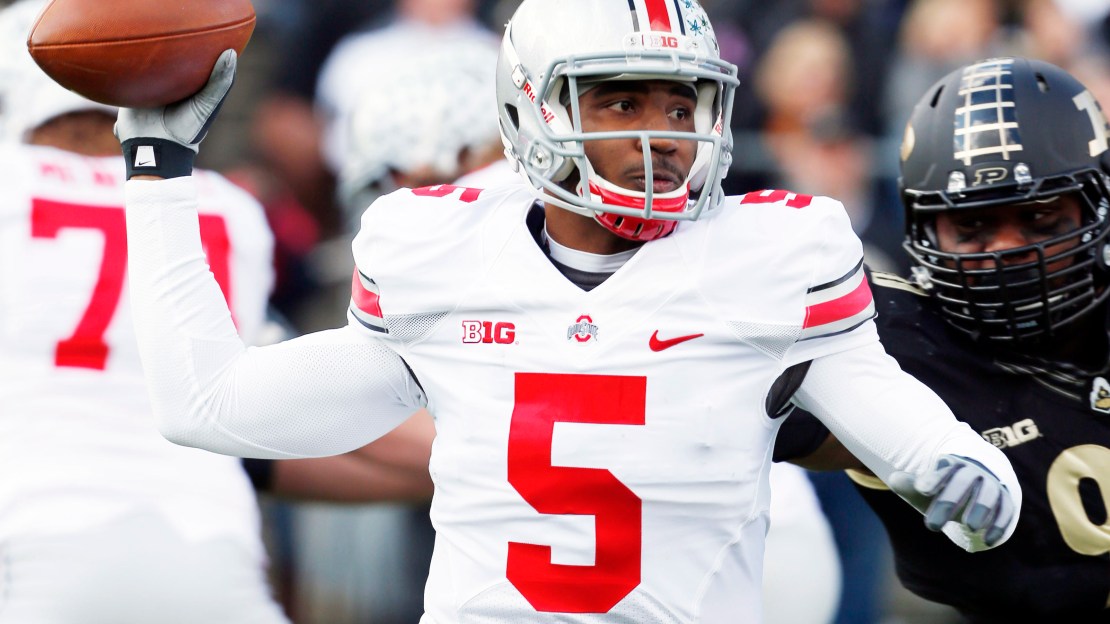 Ohio State senior quarterback Braxton Miller re-injured his right shoulder attempting a short pass in practice Monday and will miss the 2014 football season. Miller, who was not hit on the play, was in the process of returning from off-season surgery in February for an injury sustained in the 2014 Discover Orange Bowl. This latest injury will require surgery.

Get all of our Braxton Miller injury coverage:

?My thoughts and prayers are with Braxton and his family,? Ohio State head coach Urban Meyer said. ?This is an unfortunate injury to a young man who means so much to this program and to Buckeye nation.?

?I love Ohio State and Buckeye nation, and my goal is to come back from this injury stronger and better than ever,? Miller said. ?I am on course to graduate in December and I want to attend graduate school, and then return to lead the Buckeyes next season. In the meantime, I want to give all the support I can to my coaches and teammates as they chase a championship this season.?

Miller, a communications major, did not practice this spring and had been limited by athletic trainers and coaches in the number of throws he was making this fall. Third-year sophomore Cardale Jones and red-shirt freshman J.T. Barrett took turns behind center with the No. 1 offense when Miller was not on the field.

Miller, who has yet to take a red-shirt season, entered his senior season with 5,292 career passing yards and 3,054 rushing yards to rank ninth and eighth, respectively, in school history and with the prospects of holding close to 20 school records. His 8,346 total yards and 84 touchdowns responsible for are each second in school annals. His 52 touchdown passes are fourth at Ohio State and just six from the school record.

It was previously announced by Meyer on Saturday that Barrett, a 6-1, 225-pounder from Wichita Falls, Texas, had moved ahead of Jones for the No. 2 quarterback spot.