Mailbag: When will B1G have national respect? 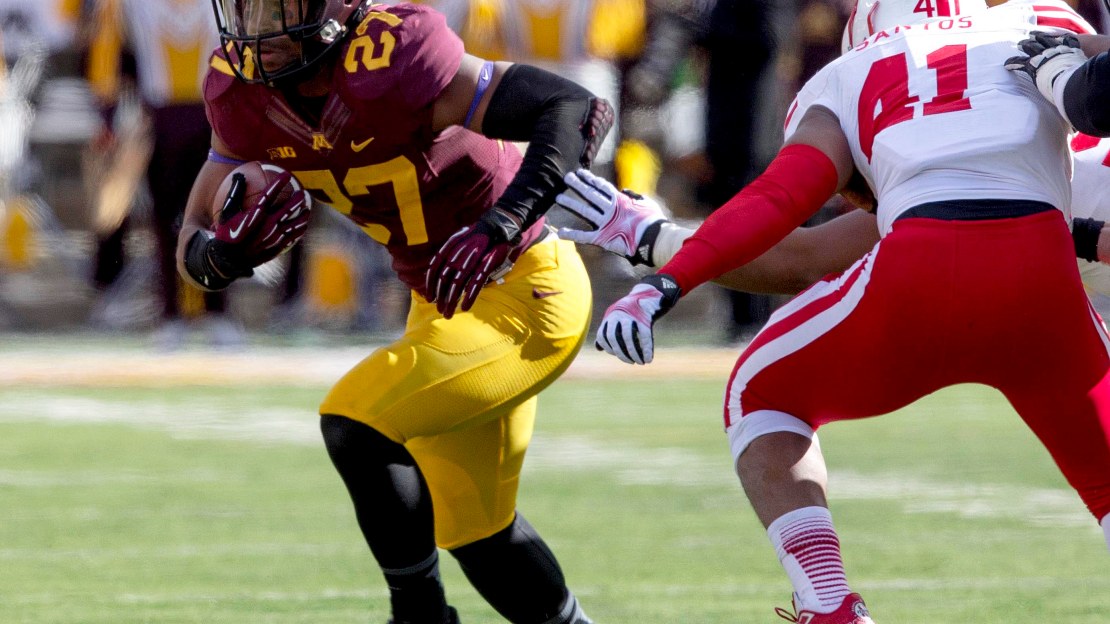 The BTN bus tour is almost over, but keep those cards and letters coming. This is a great time of year. Optimism is high on each campus and the possibilities seem limitless at some places. Let?s answer some of your letters.

When do you think the Big Ten will again have national respect/recognition? – Curt

Simple: When it wins a national title. Beating a SEC team to do so would be even better for the league. Gotta beat the best to be the best, right?

Do you think Nebraska can win the Big Ten title, and make the playoffs? – Aaron Dreeszen

That may be asking a bit much. I think this could be one of Bo Pelini?s better teams, but few are picking the Cornhuskers to win the Big Ten West-let alone the Big Ten. And even if they do, Nebraska would be an underdog to likely East champ Michigan State or Ohio State. But, you never know. If the Huskers win the Big Ten and go 12-1, they no doubt will probably be in the playoff. But the defense has to excel and quarterback Tommy Armstrong needs to become a better passer.

What is your game-by-game prediction for Michigan State? Will the Spartans make the playoff? – Ben

MSU is my likely pick to win the East. I love this team. The defense needs to develop with six new starters in the fold. But the offense looks to be very good; maybe one of the best attacks in the Big Ten. I think MSU is the favorite to win the league. And, if the Big Ten champ is unbeaten or has just one loss, it would seem to be a lock to earn one of four playoff spots.

The visit from Ohio State obviously will be tough, but keep an eye on the trip to Maryland. That could be a trap game coming off back-to-back games vs. Michigan and OSU. The Terps could be a strong team.

I like the new divisions of East and West much better than the old way of dividing up the teams. The only thing I wonder about is whether they ever considered splitting the teams in the states with two Big Ten schools. For instance: Michigan-East, Michigan State-West; Indiana-East, Purdue-West; Illinois-East, Northwestern-West. If I lived in a state with two teams, I would always look forward to the possibility of them facing each other in the Big Ten championship game. Do you know if anything like this was ever considered? – Randy Ninmer

I don?t think that ever was considered. The top marching order when re-drawing divisions was geography. I think it was more vital for these state schools to be guaranteed to play each year rather than hope they meet in the Big Ten championship game. (Purdue and IU are in opposite divisions but are annual guaranteed crossover foes.)

With a soft schedule to open the season, can Purdue sneak up on teams? Darrell Hazell had an awesome second year at Kent State and we can expect the same this year!! – Tony Raab

We shall see. He went 11-3 his second year at Kent State and had the Golden Flashes within an eyelash of a BCS bowl. Purdue does seemingly have a chance to win three of its first four games (Western Michigan, Central Michigan, Southern Illinois all at home). If the Boilermakers can do that, they should have some mojo entering league play. If Purdue can win a game or two in the Big Ten and finish 4-8 or 5-7 overall, it would be a huge improvement and offer hope, which this program so desperately needs.

Oh, no: I never forgot. He has been on my radar. Seeing him up-close again was good while in Dinkytown this weekend. The guy is VERY impressive. Big, strong, best hands on the team. He will play on Sundays. Guaranteed.

How will Iowa do in 2014? Can the Hawkeyes win the West? – Trevor Chase

If you have read any of my ramblings over the last few months, you know how I feel about the Hawkeyes. I love this team and think it should be the favorite in the West. There is ample talent, great coaching and a user-friendly schedule.