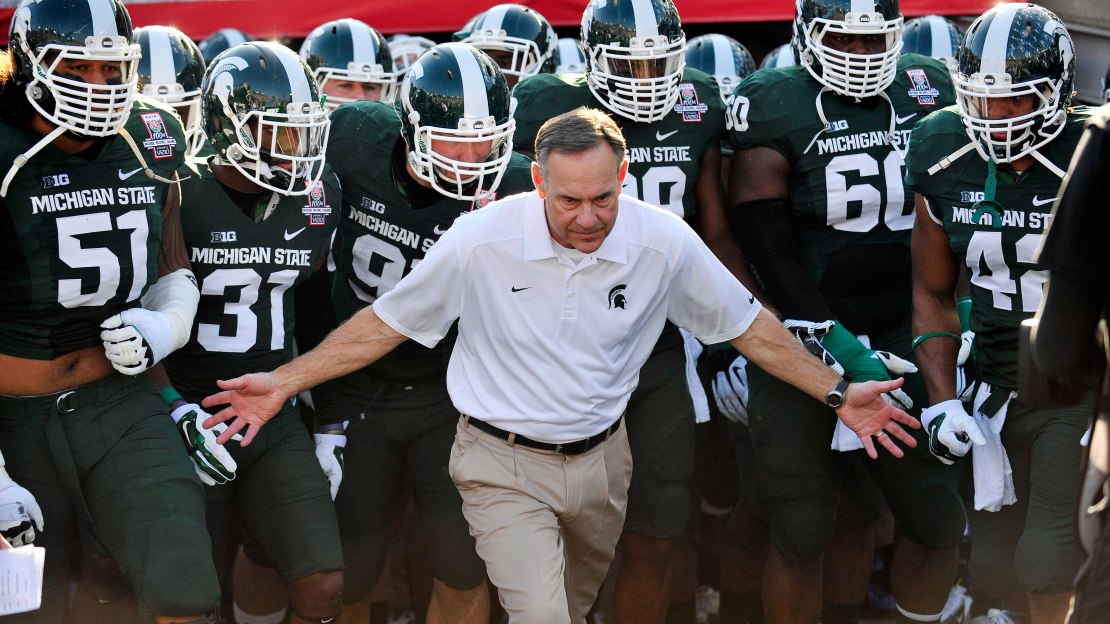 There will be plenty of intrigue in Big Ten football this fall, according to Yahoo! Sports. Eight games involving Big Ten teams landed on the site's top 25 most intriguing games of 2014. Michigan State's Week 2 visit to Oregon comes in at No. 2, behind Auburn at Alabama. See all the Big Ten games in this post.

"The marquee non-conference game of 2014 will do a lot to frame the early stages of the College Football Playoff debate, for these two teams and their conferences as well. Also an intriguing clash of stylistic opposites. The Big Ten really needs this one."

"Wolverines are a major question mark heading into this season. Fighting Irish are as well, now that they're reeling from the potential loss of four players to an academic cheating scandal. But here's why this game matters most: it is (shamefully) the last scheduled meeting between two of the four winningest programs in college football history."

"Should decide the Big Ten East champion, and likely the champion of the entire league. Spartans dealt the Buckeyes a crushing blow in Indianapolis last December, shocking them in the conference title game and knocking them out of the BCS championship game. Was that dawn of the Era of Sparty in the league, or does Urban Meyer get back on to Midwestern dominance starting with this meeting in East Lansing?"

If you're counting at home, Sept. 6, or Week 2, accounts for four of the eight Big Ten games on this list. Should be a fun day/night of football!

The biggest surprise here? That would have to be Akron at Penn State.