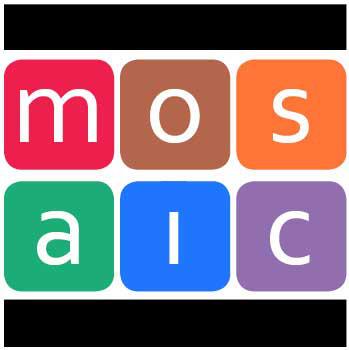 ?You can be a foreign correspondent without leaving Lincoln.?

That?s the bold claim that Tim Anderson uses to describe Nebraska Mosaic, a project in the journalism school at the University of Nebraska.

?Nebraska, like the rest of America, is changing,? Anderson said. ?I grew up in Nebraska. My community was mostly white, Christian ? I didn?t know much about anyone else. That?s still true for some of my students, and the class has been eye-opening for them.?

Started four years ago, the class helps give a voice to communities in Lincoln that many other residents don?t know exists. Thousands of refugees and recent immigrants call Lincoln home, and many of them are still finding their way in their new country.

?Nebraska offers refugees the opportunity to make a living,? Anderson said. ?There?s a considerable amount of entry-level employment opportunities that don?t require a great deal of language, specifically in meat processing and food packaging. You can get a job that pays enough to afford somewhere to live and transportation.

?We have discovered that, with refugee relocation, the government and primarily Lutheran and Catholic churches do the resettling and assist them in getting into a community, finding a job and somewhere to live. With other agencies, refugees get some support for up to 90 days, but after that they?re on their own.?

The first assignment of the course is for students to tell their family?s immigration story.

With the perspective of where their own families came from - and, more importantly, why they came to America - the students then set out to learn the stories of those who have chosen to pursue a new life more recently.

Initially, the program focused on refugees from Iraq, Sudan and Burma. But now, the class has broadened its scope to all ?new Americans,? a group that Anderson says includes all immigrants and refugees.

As media evolves, so does the methods by which the stories are told in the class. Some are provided by video, some have been told by way of a podcast and others are written.

Anderson has been surprised by one reaction to the work of the class.

?Once I discovered local agencies that work with and on behalf of refugees, I figured they would tell us they have it ?taken care of,?? he said. ?That hasn?t been the case at all. Agencies we?ve dealt with have really embraced us because the one thing we do really well is tell stories.?

One project from the last class told the story of women from all over the world who work together at Bryan Health, the largest hospital in Lincoln. Women from Sudan, El Salvador, Kosovo and Mexico are among more than 60 refugees and immigrants from 21 countries. Anderson said the story was so well received by the hospital that Bryan reprinted it internally this summer.

You can see more of the stories that have been told over the last four years at the Web site for the project: http://cojmc.unl.edu/mosaic/