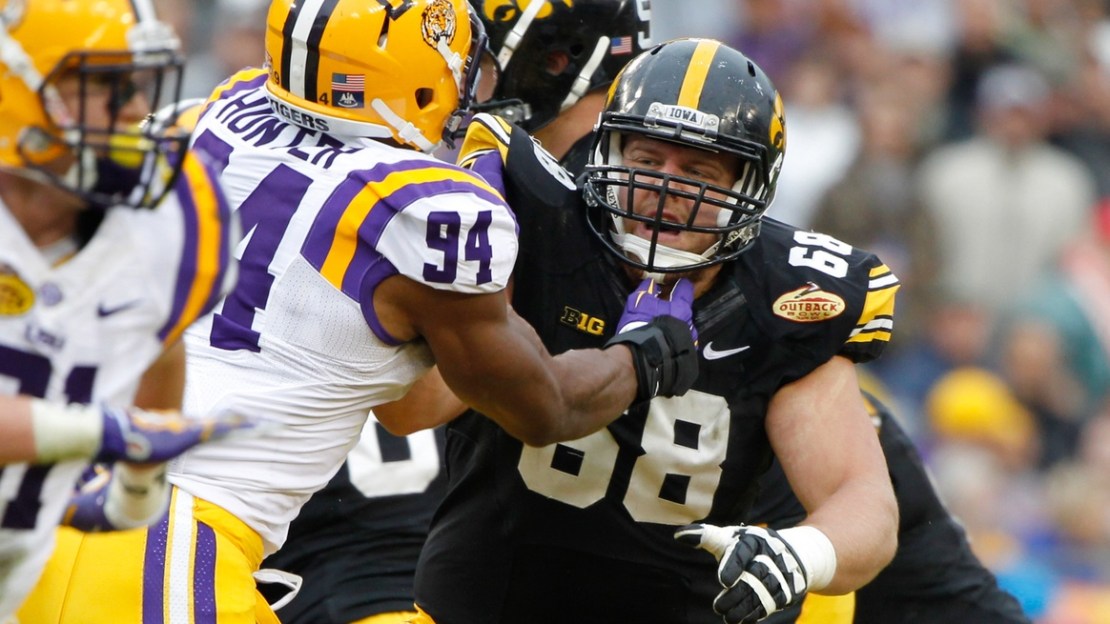 Kickoff is fast approaching. To help count down the days to Aug. 28, the BTN.com team is discussing one topic every day. Think of it as our countdown to kickoff. Today?s topic: West top pro prospect? See Tom Dienhart, Sean Merriman and Brent Yarina?s picks in this post.

Tom Dienhart: Brandon Scherff, OT, Iowa. One NFL talent hound thinks the massive Scherff could be the first pick in the 2015 draft. The former high school quarterback is a unique blend of athletic ability, strength and size.

Sean Merriman: Brandon Scherff, OT, Iowa. This is a close call between Scherff and Nebraska?s Randy Gregory, but I?m giving the slight edge to Schefff simply because he has everything NFL scouts look for in an offensive lineman. He has ideal size (6-5, 320 pounds), strength (cleans 443 pounds) and plays with a mean streak. Could this be the Big Ten?s first No. 1 pick since Jake Long back in 2008? It wouldn?t surprise me.

Brent Yarina: Brandon Scherff, OT, Iowa. Football, as they say, is won in the trenches. Iowa's senior is as good as it gets at left tackle, one of the game's most important and valued positions. Scherff's story, strength and athleticism are well-documented, and he's pretty much a sure-fire first-rounder, no matter what happens this fall.