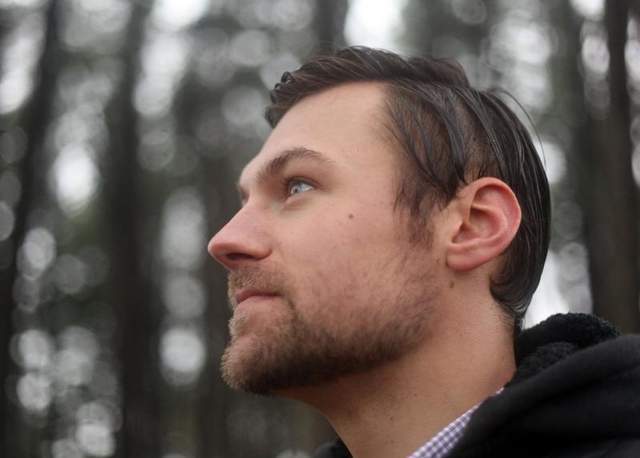 When Logan Stark returned from Afghanistan in 2011, he struggled to talk about his experience. He had served four years in the Marine Corps and was about to begin his freshman year at Michigan State University on the GI Bill.

?It was a really tough transition,? Stark said about starting college. ?I never really opened up about my experience. I was never really upfront about the fact that I served in the military.? The spring semester of his sophomore year, however, Stark took a multimedia class that introduced him to a new medium for sharing stories, which would eventually become the outlet he used to share his own.

The main assignment for the course was to create a 20-minute video on any topic. Stark decided to explore post-traumatic stress disorder (PTSD) and the impact it had on him and his friends. Along with two classmates, Stark created ?For the 25,? a documentary about the experiences of his unit during and after the war. The finished product, however, was about far more than just PTSD, he said.

?It became an in-depth look at what it was like for us to go over there and then to come back and have to re-adjust to the places that we found ourselves in,? he said.

The video has accumulated nearly 400,000 views on YouTube since it was made in 2013. It?s also been featured in USA Today, the Detroit Free Press and the Marine Corps Times.

Following the release of the video, Stark had the opportunity to write for The New York Times and On Patrol, the magazine of the United Service Organizations. In October, he?ll present the video at the Oral History Association conference in Madison, Wis.

?It became so popular because it showed a side of the Marines and the military that you don't get to see a lot,? he said. ?People have a perception that Marines are just sort of robots and they just do whatever they?re told, but we are just normal people like everyone else.?

Stark, 27, will be entering his senior year at Michigan State this semester. When he?s not taking professional writing classes for his major, Stark, his brother and a former roommate run Infyer Productions, a video production company. Stark said he plans on continuing the company after he graduates.

?I really took away a lot from using video as a tool to create empathy,? he said. ?[I want] to show other people different worlds that they don?t usually experience and give the general population the opportunity to walk in other people?s shoes.?