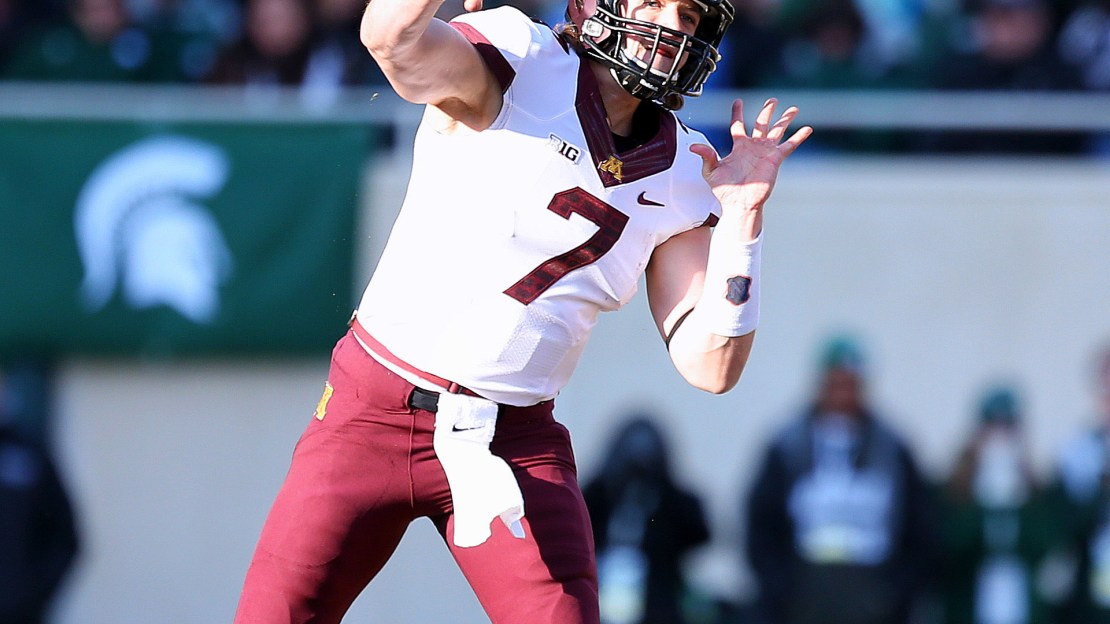 Minnesota is a program on the rise as it enters its fourth season under Jerry Kill. The Golden Gophers have seven starters back on offense and six on defense. At one point last year, Minnesota was 8-2, ripping off four Big Ten wins in a row before losing its last three games. Kill has seen his win total go from three to six to eight in each of this three seasons in Dinkytown. Can he improve it for a fourth season in succession?

Here are some questions I have as I head to Minnesota practice.

1. Is Mitch Leidner the answer at quarterback? The job belongs to Leidner with Philip Nelson transferring. Leidner is a big, thick quarterback. But he needs to show he can pass the ball to move defenders out of the box for this power rushing game to thrive.

2. Any playmakers at wideout? This offense has lacked dynamic difference-makers on the edge for some time. Guys like Drew Wolitarsky, Isaac Fruechte, Donovahn Jones and KJ Maye, among others, need to be able to stretch defenses.

3. Are the linebackers OK? This looks like the weak spot on a defense that has been surprisingly good. De?Vondre Campbell and Damien Wilson need to set the tone.

4. Can RB Berkley Edwards add juice to the ground game? This has been an offense that tends to plod, relying on a physical ground game to advance the chains. But big plays are needed. It?s hoped Edwards can inject a home-run element in the rushing game.

5. How much will big DT Ra?Shede Hageman be missed? He was a space-eater and difference-maker in the middle of the Minnesota d-line. There are three starters back up front. So, there?s hope.

6. Is Jerry Kill OK? He looked great at media days in Chicago after battling health issues in 2013. He is one of the game?s good guys. All reports say he is doing great.