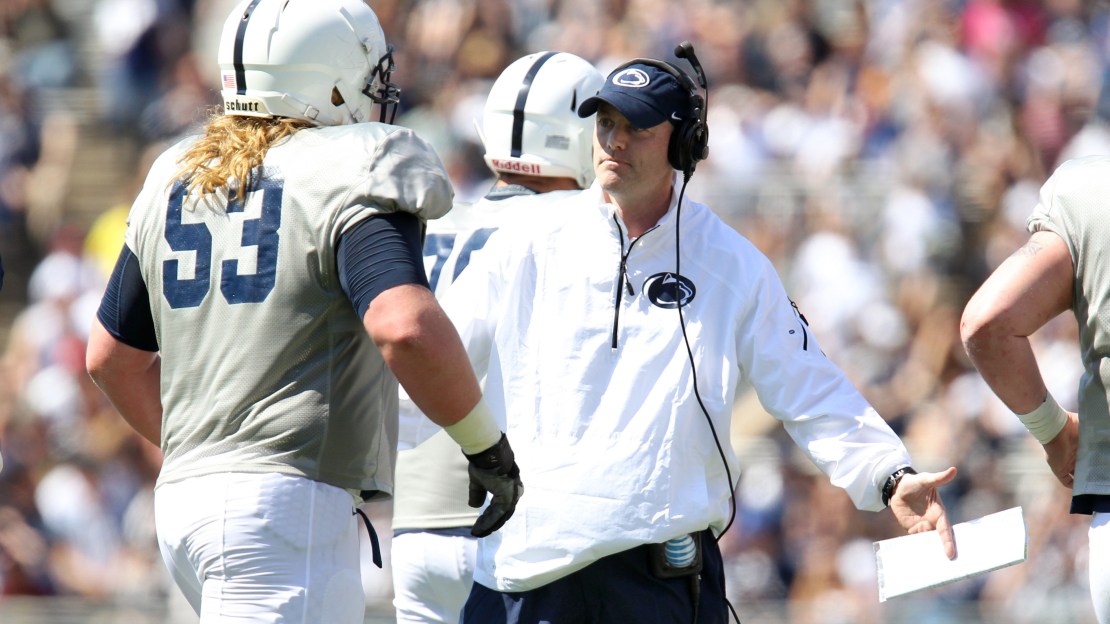 I have time on the bus to wade through your cards and letters. Keep them coming. I enjoy hearing from you. Now, onto the correspondence. Have a question for me? Use the submission box at the bottom of the post. Also, don't forget to follow all of our football tour coverage.

We've all heard about Michigan State DC Pat Narduzzi, but who are some of the under-the-radar Big Ten assistants that are on the rise? – Charging Tiger

Good question. The Big Ten is filled with many good, up-and-coming assistants. I will stick to coordinators. To wit:

You saw Ohio State and now you have seen Michigan State. Which is the better this year? Who do you expect to win the East? Is it still too early to tell? – Mike V.

I have seen both Ohio State and Michigan State on this trip. And I like the Spartans. Each team will have a good offense. The difference: Defense. MSU has fewer apparent concerns. Plus, the Buckeyes have to play at East Lansing.

How does Michigan State compare to Ohio State? I know our team very well, but Ohio State is always so loaded with great talent. Do we compare to that, or is there a difference? – Matt

I think the Spartans compare favorably to the Buckeyes from a talent standpoint. Yes, Ohio State has more ?meat on the hoof.? But Michigan State is also physically impressive-especially on defense. Each of these clubs has an array of talent on the d-line that is stunning. OSU has more skill than Michigan State on offense, but not by much. Mark Dantonio is drawing closer to Ohio State from an overall talent standpoint each season.

What is your key to Michigan State?s Week 2 matchup versus Oregon? Do you see this being a high-scoring game? Or can MSU's defense have a Stanford-like presence in slowing down the speed of the Ducks? – Kikesadr

Michigan State?s trip to Eugene is one of the nation?s top non-conference games of 2014. If the Spartans can bring a win home, you have to like their chances to perhaps running the table. The key for Michigan State will be to slow the game down. Yes, the Spartans have a good offense, but they don?t want to try to trade points with the high-flying Ducks. MSU needs to shorten the game by running the ball and controlling the clock. That also will protect a Spartan defense that is breaking in six new starters.

How does the O?Bannon case affect non-revenue sports and Title IX? Will we see schools eliminating sports like we did when Title IX came in? Can you pay men and not women? – Alan Nolt

Many good questions. First know this: The O?Bannon case will be appealed by the NCAA. Jim Delany thinks this case ultimately will make it to the Supreme Court. Lots of speculation/conjecture on how this landmark case would impact the landscape. No doubt, dropping sports is a possible option as schools look for ways to fund stipends, etc. And no doubt a lawyer will file a case on behalf of women athletes. Not sure I see women being compensated like men?s basketball and football players beyond what they already are receiving. Stay tuned.

What record will Penn State have at end of season? And what is your outlook/thoughts on upcoming years for Penn State football? – Thomas Sheppard

This could be a tough season for the Nittany Lions, as scholarship limits finally may prove too much to overcome after Bill O?Brien went 8-4 and 7-5. Depth is sketchy at several spots, as the offensive line looks especially dicey. While there may be some pain and suffering in 2014, the future is bright under James Franklin, who is recruiting as well as almost anyone in the nation. It?s only a matter of time-and getting off probation-before the Nittany Lions become a Big Ten contender.