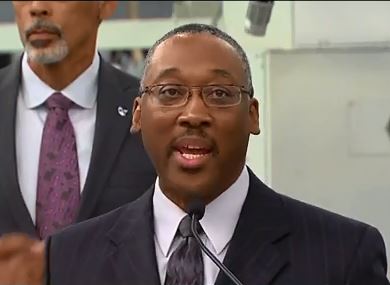 Every November, the states of Michigan and Ohio get fired up for the annual gridiron showdown between the Wolverines and the Buckeyes. Fans of both teams often measure overall success for the season by the results of this single game.

It?s an intense rivalry - to such an extent that one might be forgiven for thinking any kind of partnership between The Ohio State University and the University of Michigan would be unworkable. But one would be wrong, as evidenced by the schools? cooperation with technology manufacturing solutions provider EWI on the American Lightweight Materials Manufacturing Innovation Institute (ALMMII) initiative.

?It came down to looking at the strengths of universities in terms of metals and metallurgical science,? said ALMMII Executive Director Lawrence Brown of their role as two of the three founding partners in this project. ?Both U of M and OSU were the obvious choices because of those capabilities.?

There are dozens of organizations involved to some degree in this public-private partnership, including other colleges and universities, small and large manufacturers, strategic defense research and development firms, government institutions and professional associations.

At least initially, the primary focus of ALMMII will be on providing lightweight metals development for the transportation sector - ?anything that flies, drives or floats,? Brown said. The organization will be providing commercial applications to private-sector manufacturing companies as well as various U.S. military applications. Eventually, Brown expects that ALMMII will be the ?go-to source for lightweight metals manufacturing and development.?

In addition to providing state-of-the-art technology for U.S. private enterprise and the Department of Defense, ALMMII is focused on improving employment conditions throughout the Heartland. Through education, training and hiring programs, the initiative is expected to directly and indirectly impact as many as 10,000 jobs in several states related to metalworking in manufacturing. ALMMII is headquartered in one of Detroit?s oldest neighborhoods called Corktown. Once a symbol of blight and unemployment, the area is now home to a high tech data center and ALMMII, an ?industrial commons? for 21st century advanced manufacturing.

When asked how he ended up leading a project that involved so many partners, including two fierce competitors, Brown joked, ?I think I drew the short straw.?

In all seriousness, Brown, an OSU alum who used to work with the Navy as an employee of EWI, is excited about the effect ALMMII can have on the American economy and the part he?ll play in that.

?For me, this shows that we can we can collaborate across rivalry lines to create a common good for the country,? he said. ?This is not about enhancing a résumé. This is about bringing together partners, synergistically, to have a positive impact on the entire nation. That is why I?m involved with this project.?