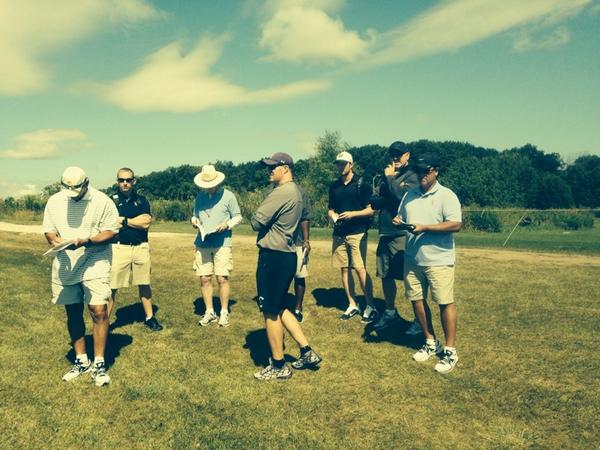 Our annual summer football tour rolls on! BTN.com's Tom Dienhart and Dave Revsine, Gerry DiNardo and Howard Griffith are at Northwestern practice Thursday. Get some of the best tweets from the practice in this post.

On our way to Northwestern camp – should be a very interesting day given Venric Mark's departure. Last 10 months have been tough for NU

It is borderline impossible to say anything about Northweatern's practice. There are a ton of guys sitting out

Pat Fitzgerald filling in NFL scouts. This is as many as I have seen at any practice on the tour. #Northwestern pic.twitter.com/oo8u1TgM4J

Fitz said several true freshmen figure in the mix. DE Xavier Washington is one of them. #Northwestern pic.twitter.com/Ne4b4SxvE7

Pat Fitzgerald, Trevor Siemian and more of @NUFBFamily talk offseason and bouncing back in 2014 on #BTNLive at 5 CT pic.twitter.com/7HkGp89ez9