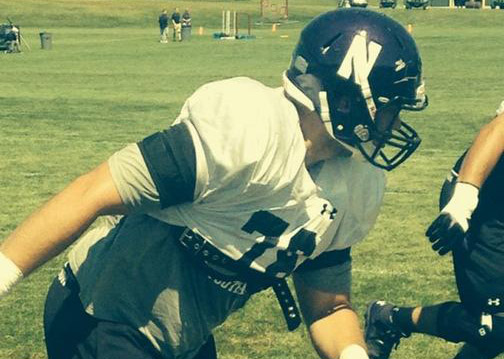 The Wildcats were snake-bitten last year by injuries en route to a 5-7 season. And they lost myriad close games, falling by three to Minnesota, seven to Iowa (in OT), three to Nebraska (on a Hail Mary) and in three OTs to Michigan.

Here are my observations from the Wildcats? practice I watched on Thursday.

Loudest coach: Fitz. He is all over the field. Like Michigan?s Brady Hoke, Fitz rolls up his sleeves and coaches. He was showing the LBs how to recover fumbles. Good stuff.

Impressive newcomer: RB Solomon Vault. He is just 5-10, 190, but the kid can scoot. The backfield needs a home-run hitter. He could be it.

On the rise: Miles Shuler. We didn?t get to see him today, but he?s a quick wideout who can turn a small gain into a big one.

Nagging question: Is the o-line better?

Under the radar: CB Matthew Harris. The 5-11, 180-pound sophomore excels in coverage. He started the last five games in 2013 and could be special. He moves well.

The sudden decision by RB Venric Mark to transfer hurts depth, but I think the Wildcats can absorb the loss. NU will turn to Treyvon Green and Stephen Buckley, among others, to tote the rock. Green is a physical back who will lead the way. He isn?t flashy. Buckley is another blue-collar back who is still overcoming a 2013 knee injury. Fitzgerald said before practice he thinks freshmen Justin Jackson and Solomon Vault will figure in. Jackson is versatile; Vault may be the fastest back. He was signed as a wideout. Warren Long is another back in the mix. He has a bit of giddy-up but missed today.

I was eager to see the o-line, a group that failed to get a consistent push last season. All five starters are back. Is that good? Or bad? The staff has flipped Paul Jorgensen from tight to left tackle. Fitz says Jorgensen is set. The left guard is Geoff Mogus; Brandon Vitabile is set at center. Matt Frazier is the right guard. Right tackle is the only spot up for contention. It?s a clash between former starting left tackle Jack Konopka and Eric Olson. This group must play physical and show toughness in the run game. We saw some of that today.

Even with news that Christian Jones will miss the season with injury, the Wildcats still have a deep collection of wideouts. Tony Jones is a vet. USC transfer Kyle Prater has yet to make a splash but could see more work-especially over the middle-with Jones out. He?s a rangy target and an impressive specimen. He made a stunning one-handed catch early in camp. I really wanted to see Miles Shuler. The Rutgers transfer is a slot receiver who can turn a short gain into a big one; he?s explosive. Sean McHugh and Cameron Dickerson also will figure in. Dickerson was in red, but he is a big body who can wall off foes.

Fitzgerald hasn?t been shy about using two quarterbacks in the past. But, Trevor Siemian is the man this fall. He is accurate and confident. He isn?t the runner that departed Kain Colter was. So, NU figures to lean on the pass more from its spread set. He could have big numbers. The option? It likely will be used in a limited quantity-if at all. It?s just not Siemian?s strength. I like the backups. Zack Oliver is more of a passer; Matt Alviti is a dual-threat cut more from Colter?s mold.

This Wildcats? front could be good, but tackle depth is iffy. DE Dean Lowry must make a move as a pass rusher with fellow end Tyler Scott gone. Ifeadi Odenigbo is a freakish athlete who could be primed to live up to his massive prep hype. Lowry is a better all-around player than Scott; he could be in store for a big season. Deonte Gibson is an athlete on the other side who looked good in pass-rush drills. Chance Carter has a home inside after beginning his career on the edge. Greg Kuhar is coming on. Sean McEvilly is an anchor vs. the run at tackle but was out today. Watch true freshman end Xavier Washington. Fitz thinks he?ll play. NU was his only major school offer. He looks good.

The secondary is without a doubt the best part of the defense. Is there a better safety tandem than Ibraheim Campbell and Traveon Henry? Maybe not. These guys can move, hit and cover. Campbell showed that, but Henry was out. They need to help in run support. Godwin Igwebuike is good, too. Nick VanHoose is a cut-above at corner entering his third year as a starter. NU can play four corners, with Matthew Harris, Dwight White and Daniel Jones bringing athletic ability to the spot.

Chi Chi Ariguzo is the Big Ten?s top returning tackler. He also has a knack for making big plays on the weak side. He?s one of the team?s most physical players. He?s in midseason form. Collin Ellis has moved into the middle from the strong side, gaining 20 pounds. He looks good. If you are looking for a leader, he?s the guy. Drew Smith and Jimmy Hall showed savvy and strength taking on blocks as they battle for a spot on the flank. Depth? It?s a bit shaky.

The loss of kicker Jeff Budzien can?t be understated. He was one of the Big Ten?s best in recent years. Jack Mitchell has the edge. Chris Gradone is the front-runner at punter.