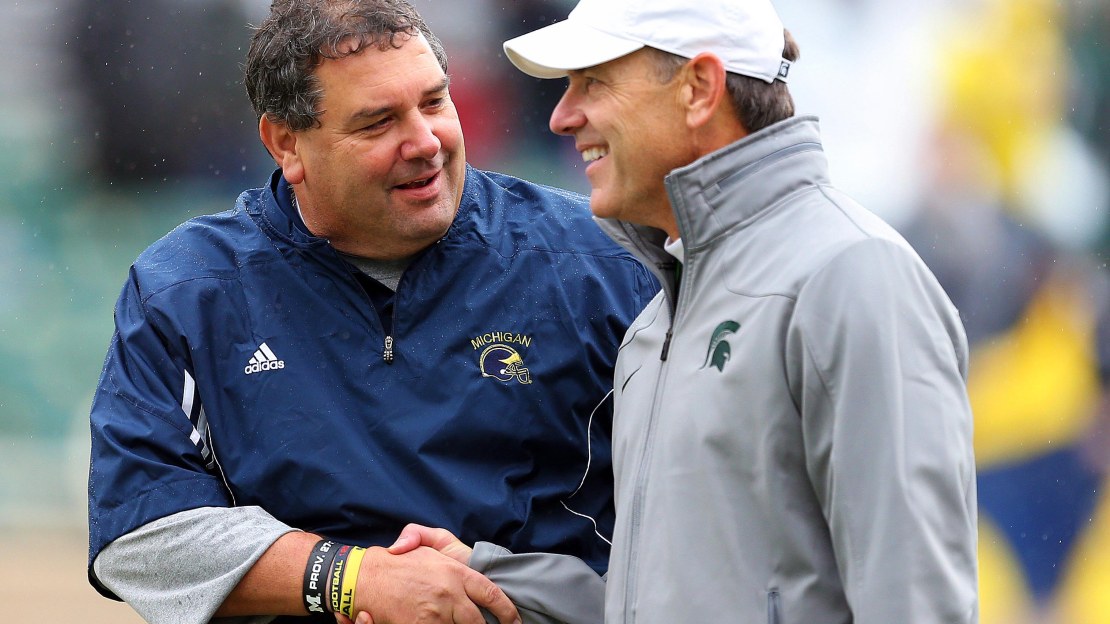 Big Ten football is set to kick off in exactly two weeks. As the season approaches, excitement is at a high, but there are still several questions surrounding every Big Ten team. How do we go about summing up all of these questions for 14 teams? Simple — We follow the rules of Twitter.

Here is one pressing question I have for every Big Ten team, in 140 characters or less.

[ MORE: One bold prediction for every Big Ten position ]

Illinois: Is Oklahoma State transfer Wes Lunt the clear starter at quarterback, or will we see a QB platoon throughout the season?

Indiana: We know the offense is explosive, but is this the year the defense turns the corner and helps get this program to a bowl game?

Iowa: The schedule is favorable, but how do the Hawkeyes replace three starting linebackers who combined for more than 900 career tackles?

Maryland: This Big Ten newcomer has plenty of stars on offense, but will this be the first year that the unit can stay healthy under Randy Edsall?

Michigan: Devin Gardner is an elite talent, but he needs help. Can the retooled line put it together and make last year's struggles a distant memory?

Michigan State: This team is loaded with talent, but can the Spartans find a way to maintain success after having so much of it in 2013?

Minnesota: David Cobb is a stud at running back, but will Mitch Leidner and the offense be able to develop a reliable passing game?

Nebraska: We've asked it a lot in recent years: Can the athletic and talented defense play up to the program's Blackshirt moniker?

Northwestern: What will the offense look like in 2014, with Kain Colter (graduation), Venric Mark (transfer) and Christian Jones (knee injury) gone?

Ohio State: There are stars all over the field, but is this the year the defense puts it all together and leads the Buckeyes to a Big Ten title?

Penn State: First-year coach James Franklin has his team believing in itself, but will lack of depth set in at some point this season?

Purdue: Will the offense find a way to better utilize both Akeem Hunt and Raheem Mostert's speed on the offensive side of the ball?

Rutgers: The talent is there, but how will Kyle Flood's team adjust to the size and strength of opposing Big Ten teams?

Wisconsin: Who is the starting quarterback? Joel Stave has the experience, while Tanner McEvoy brings a dual-threat element to the offense.