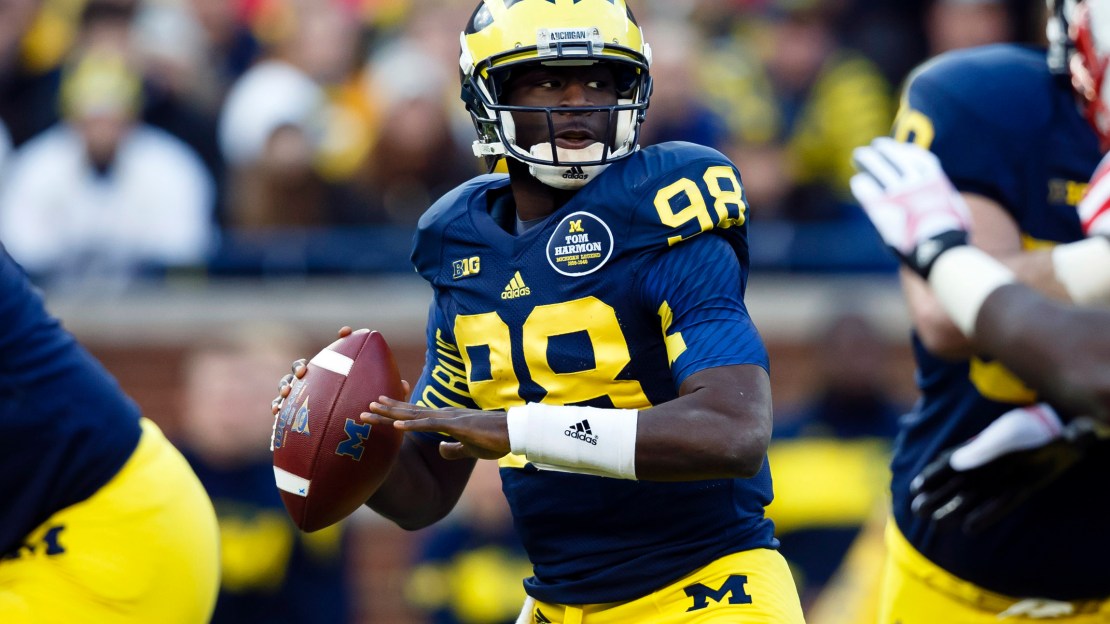 Give Devin Gardner time in the pocket, and the Michigan quarterback can hurt opponents with his arm or legs. We've seen Gardner compile eye-popping stat lines – Notre Dame and Indiana ring a bell? – but poor line play led to an inconsistent and turnover-prone 2013 season. The Wolverines ranked 105th in sacks allowed (2.77 per game), 113th in yards per rush (3.3) and 121st in tackles for a loss allowed (8.77 per game).

Well, Gardner has some good news for Michigan fans.

"I've only been sacked, like, twice since camp started," Gardner said, so that's a positive."

It sure is. Especially when one considers Gardner is the Big Ten's returning passing yards leader, and his 32 touchdowns (21 passing, 11 rushing) were only four fewer than Braxton Miller.

Watch our full interview with Garner above.

Here's our interview with Doug Nussmeier, too: