Purdue camp preview: Is Etling the man at QB? 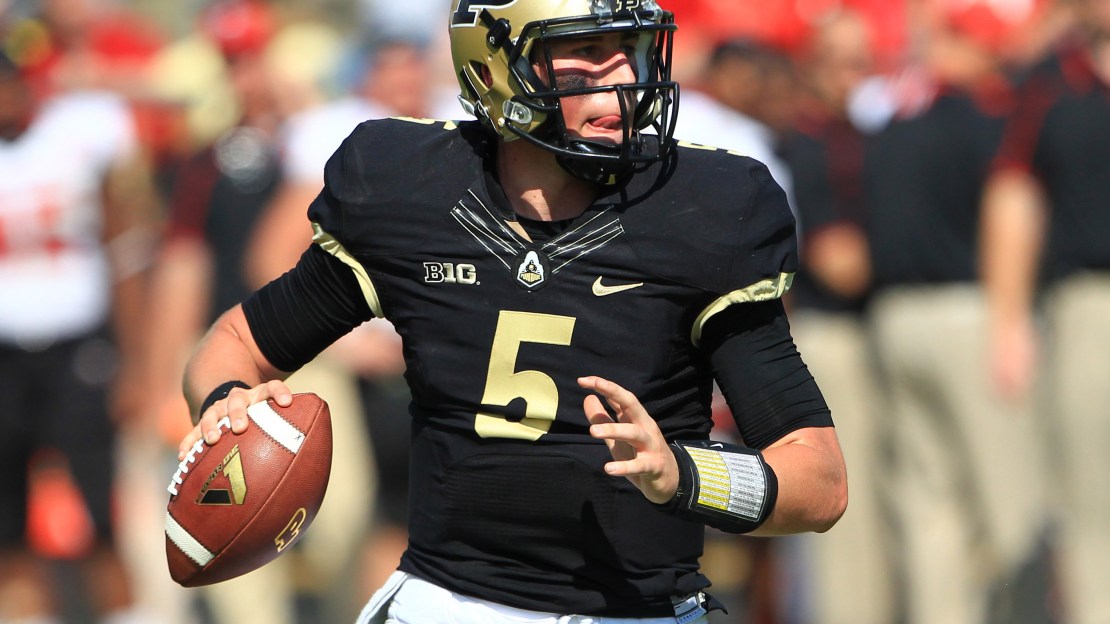 After a 1-11 debut (0-8 Big Ten), things can only go up for Darrell Hazell and Purdue, right? That?s the hope in West Lafayette. The Boilermakers have myriad questions to answer, with the biggest being along both fronts.

There are talent voids at several other spots, but the staff has done a nice job beginning to fortify a roster that had been neglected. This process will take time, but Hazell and Co. need to show some progress in 2014 after suffering myriad blowouts last year.

Here are the questions I have as I head to Purdue practice on Wednesday.

1. Is the offensive line getting a push? The unit struggled mightily last season in all phases of the game. The interior spots look promising. The tackle slots?

2. Are the linebackers stepping up? This has been a sore spot for years. But there is hope for improvement, thanks largely to some newcomers. Can these guys run, hit, tackle and cover?

3. Who will rush the passer? Is this the season end Ryan Russell finally breaks out and becomes a force?

4. Can Raheem Mostert be a game-breaker? A converted wideout who may be the fastest player in the Big Ten, Mostert could be a difference-maker at running back. He needs to be.

5. Is Danny Etling the man at quarterback? He was given a baptism by fire last season as a true freshman. Is he developing? Could Austin Appleby take the job?

6. Is there a punter in the house? Cody Webster arguably was Purdue?s best player last year. He?s gone, leaving a big void at punter.