Mailbag: Our expert answers your questions 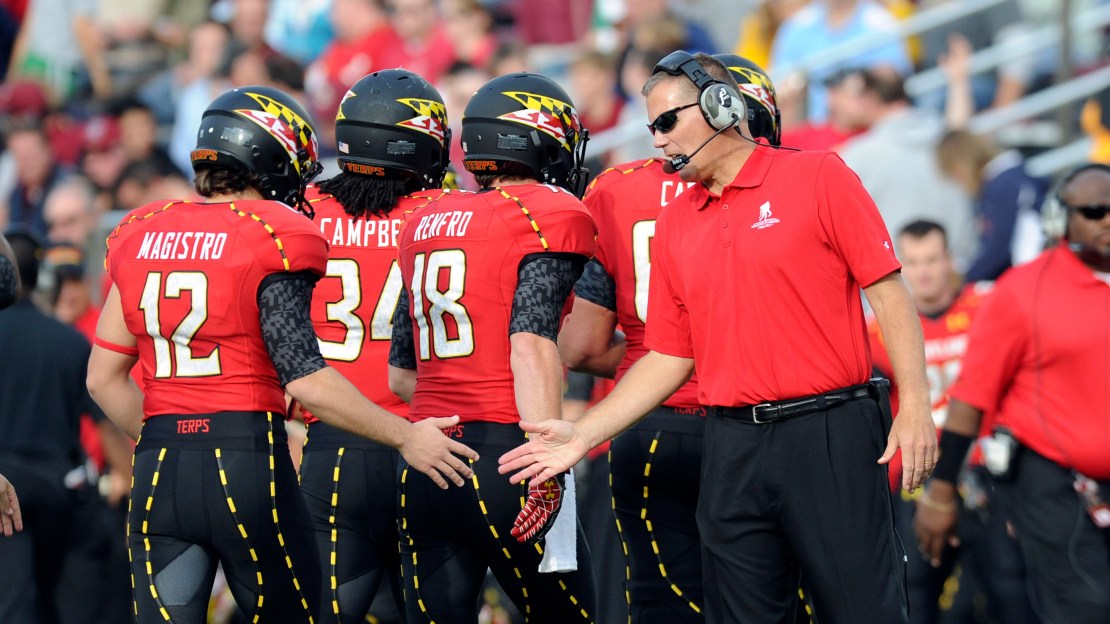 Time for me to wade through those cards and letters you are firing off to me. I appreciate your thoughts. Keep reading and emailing, because I'm answering your questions throughout our football tour across the Big Ten.

Now, on to your questions.

What is your five-year prediction for Maryland football in the B1G? – SwaggerTerp

I think the program is on solid footing as it embarks on its maiden voyage. This is Year Four of the Randy Edsall era. He has done a good job straightening out the program and building depth. Now that Maryland can sell the fact it is a Big Ten program, that should augment the recruiting. And additional funds should help the Terps upgrade facilities. A top priority is an indoor facility. That could be enough to keep Maryland in the upper-half of the Big Ten East. But climbing over programs like Ohio State, Penn State, Michigan State and Michigan each year will be a challenge. Bottom line: five years from now, this program could be cruising.

What is the word/insight on the three new linebackers that the Hawkeyes will have this season? – Jon Ward

Losing Christian Kirksey, James Morris and Anthony Hitchens hurts. But the Hawkeyes have three good options in Reggie Spearman, Quinton Alston and Travis Perry. Alston has quite a bit of experience. Spearman is a talented sophomore who has added size to go along with his speed. Perry is the classic try-hard guy. This unit will be protected by a good line, which should help ease its transition.

We know Devin Funchess is the No. 1 option and somewhat proven. Who do you see stepping up to be an X-factor and taking some pressure off him and Devin Gardner? Amara Darboh, Freddy Canteen, or possibly Jabrill Peppers? – John Newman

The Wolverines have a litany of options at wideout. Lots of competition, which is a coaches? dream. My money is on Darboh, who at 6-2, 214 is an inviting target who now has some experience. Canteen is fast, but he still hasn?t played. I think the staff will try to keep things simple for Peppers and have him play nickel back and maybe run back some kicks. Keep an eye on Jehu Chesson.

As you watch Rutgers practice, how do see it compared to the rest of the B1G in terms of practice mode and intensity? – Bob

I thought the practice I watched was very physical. There was lots of hitting. And a nice pace. Most vital: I thought this looked like a Big Ten squad, especially along the front. The worry: Depth on the o-line.

What is the latest on Maryland and ACC lawsuit? – Doug Stanley

Now that Braxton Miller is in his fourth season, are coaches gonna let him call a game? Even if it?s against a lesser foe, so what? It would fire him and the team up if he called a game. – IslandJoe

I doubt it. Yes, Miller has extensive experience and has gone through training off the field with QB guru George Whitfield and Jon Gruden. But I still don?t see the Buckeye coaches letting Miller call an entire game. Change some plays at the line from time to time? Yes. Call an entire game? No.

After watching Ohio State practice and seeing the resolve this team seems to have about making amends for the end of last year, has your position changed about OSU being behind MSU as conference favorite? – Jeff Bell

Ohio State was impressive. I can?t imagine there will be a more physically impressive team in the league. This club could win the league. I still think the Buckeyes have more questions than Michigan State. Both teams should be fine on offense. The defense? MSU has more of a proven track record on that side of the ball with coordinator Pat Narduzzi. Ohio State hasn?t been excellent on defense in a while.

Plus, OSU plays at MSU, another fact that tips the scale toward the Spartans.