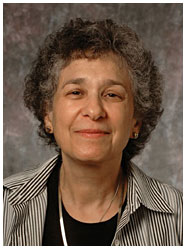 Autism spectrum disorders (ASDs) pop up in the news fairly often these days.

A few years ago, concerns over whether childhood vaccinations triggered autism sparked an intense public debate. (While no single cause has been identified, the science suggests vaccines alone don?t lead to autism.) More recently, a New Yorker article identified it as the mental issue du jour, citing the public?s fascination with where certain famous figures (ranging from high-profile politicians to fictional characters like Sherlock Holmes) might fall on the autism spectrum.

This creates both challenges and opportunities for Rutgers University?s Douglass Developmental Disabilities Center (DDDC). There?s a lot of misinformation out there, but the public is open to learning more about ASDs, which include autism, Asperger syndrome and pervasive developmental disorder. The DDDC?s mission is to raise awareness of what those disorders are and how to best treat them.

The DDDC was founded on that principle back in 1972 by Sandra Harris, who serves as the Center?s executive director and a distinguished service professor, emeritus, at Rutgers. Interestingly, she wasn?t supposed to get the organization up and running. She was tapped by university leaders to handle some of the initial planning before someone else was hired full time to take it on. However, as she worked on the project, she discovered she had found her calling, so she stayed on.

?It turned out to be the best decision I ever made,? Harris said.

At that time, there wasn?t a great deal of research or resources available. Much of the approach adopted by the DDDC borrowed from the pioneering work done by Dr. O. Ivar Lovaas at UCLA, including his use of the Applied Behavioral Analysis (ABA) model in treating autistic children. That involves (among other things) a heavy emphasis on making decisions based on reliable and empirical information, and highly individualized care.

That may sound somewhat tautological today, but it was revolutionary at the time. And it?s not all that easy. In practice, it?s a rigorous program that requires extensive observation of the various ways that children across the autism spectrum act and interact and adjusting strategies accordingly, as well as teaching parents and educators how to use techniques such as positive reinforcement and pivotal response training to encourage kids who have one of the various disorders to behave in certain ways.

Since its founding, the DDDC has done some groundbreaking research of its own in treatment of autism spectrum disorders, particularly in the area of difficult-to-manage behaviors. It?s also performed extensive education and outreach to help people who are personally impacted by these disorders and also inform the general public about what they really are. That includes giving talks at public schools and community groups throughout the area, attending and delivering presentations at professional meetings around the world and publishing dozens of works in academic journals.

The aforementioned New Yorker article notes that New Jersey has ?some of the most robust autism services in the country,? and that?s due in no small part to the efforts of the DDDC. Certainly, the families and institutions in the state benefit from the organization, but so do the psychology students at Rutgers, Harris said.

?As they come through the Center, they begin to understand those behaviors and what it means to have autism,? she said. ?Some of them find it extremely exciting and decide they want to devote their careers to serving people with autism.?