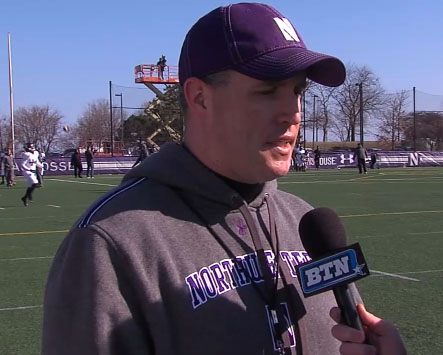 There are plenty of outstanding storylines heading into this year's Big Ten football season. But none of them top the one of an active Navy SEAL trying to walk on to a team.

That is the case with 32-year-old Tom Hruby, a junior at Northwestern who is hoping to walk-on as a defensive end. If he does make the roster, Hruby would become one of the oldest players to ever play Division I college football.

Hruby has a wife and three children, and currently lives in a dorm room on campus, while spending the weekend with his family.

?I know I couldn?t do it,? Northwestern coach Pat Fitzgerald said to Seth Grun of the Chicago Sun Times, who reported the story. ?He?s a man?s man.

Read the complete version of this truly magnificent story at the Chicago Sun Times.