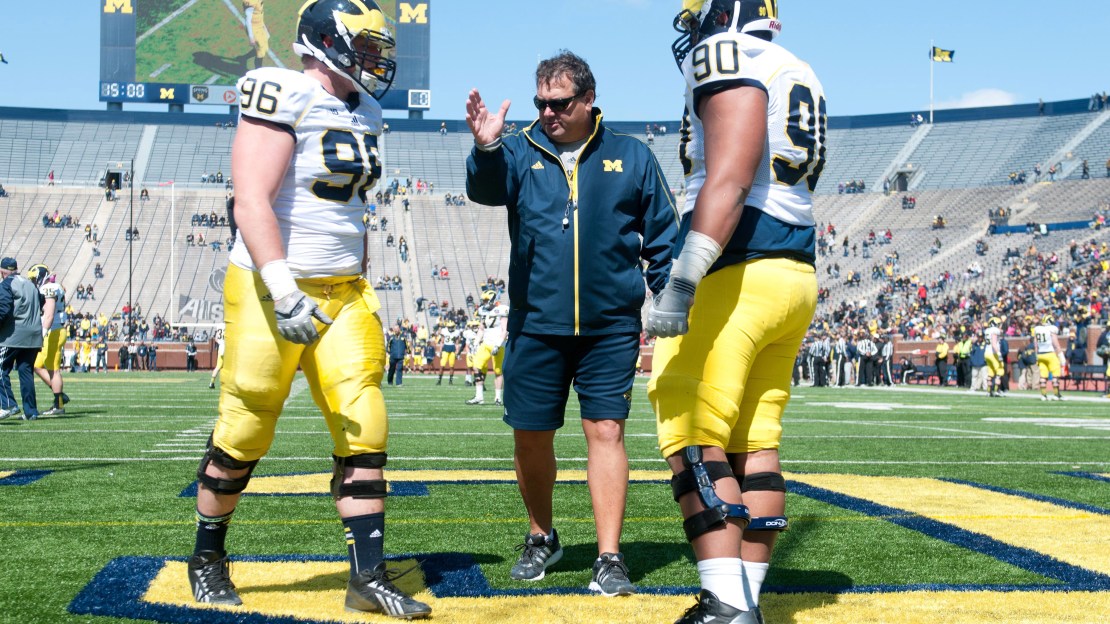 It?s no secret: This is a big year for Michigan and Brady Hoke, who last year saw a 5-0 start melt into a 7-6 finish. The offense floundered, so coordinator Al Borges was dismissed. Hoke tabbed Alabama offensive coordinator Doug Nussmeier to take over. What new wrinkles will we see? It won?t really matter unless the line improves.

Here are questions I will take to Michigan practice on Monday.

1. Is the offensive line better? The unit?s struggles are well-chronicled. The inability to get a consistent push was the undoing of the offense. The interior sounds like it?s coming along. How do the tackles look? There are no senior scholarship linemen.

2. Are the running backs running hard? True, these guys are only as good as their blockers. So, none excelled in 2013. But Derrick Green and De?Veon Smith have something to prove, too.

3. Is Jake Ryan moving well? The linebacker arguably is the defense?s heart and soul but has battled injury. Ryan has moved to middle linebacker. Can he handle the traffic? This should be a strong set of linebackers.

4. Is Jabrill Peppers excelling? Seemingly no true freshman has received as much hype as Peppers, a stud corner. Can he crack the lineup in some capacity?

5. Are the receivers and tight ends making catches? A go-to man is needed. Devin Funchess should be that guy. Freddy Canteen was a spring star after arriving early. Who else is stepping up?

6. Is Devin Gardner playing within the system? At times last year, he forced things and may have tried to do too much. Who can blame him? He was just trying to make something happen for an often rudderless attack. But he needs to stay within the confines of new coordinator Doug Nussmeier?s attack.