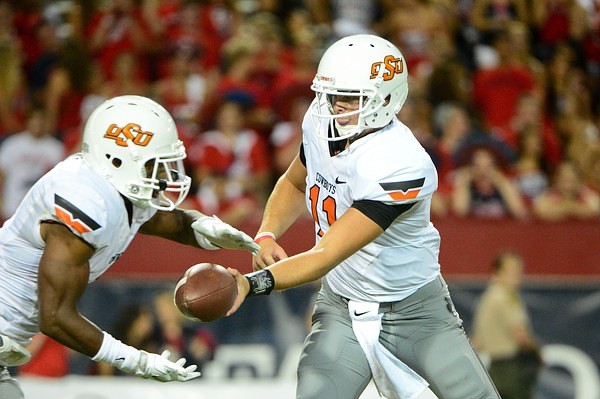 Kickoff is fast approaching. To help count down the days to Aug. 28, the BTN.com team is discussing one topic every day. Think of it as our countdown to kickoff. Today's topic: West top newcomer? See Tom Dienhart, Sean Merriman and Brent Yarina?s picks in this post.

Sean Merriman: Wes Lunt, QB, Illinois. How often do you hear a well-respected coach compare a college quarterback to Tom Brady? My guess is not that often, but that?s exactly who Illinois OC Bill Cubit compared Lunt to earlier this summer. Lunt, who transferred from Oklahoma State, has all the physical tools of an elite college quarterback. He completed 62 percent of his passes during his freshman season in Stillwater, which is darn impressive for a first-year quarterback.

Brent Yarina: Wes Lunt, QB, Illinois. Lunt counts as a newcomer, right? The Oklahoma State transfer still hasn't been named the starter, but reports out of Champaign make it sound like it's only a matter of time. Lunt completed 62 percent of his passes as a freshman under Mike Gundy, and he'll be under the watchful eye of Bill Cubit, who turned Nathan Scheelhaase into the Big Ten passing yards leader last season. Who predicted that?