Rutgers camp preview: Will the trenches hold up? 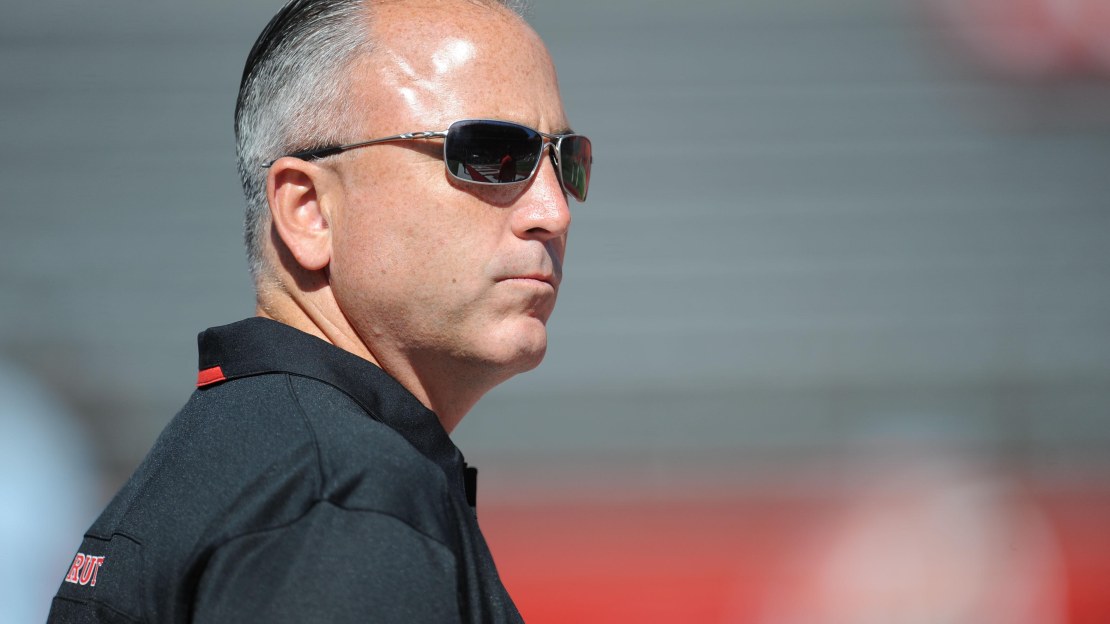 As Rutgers embarks on a new era, big changes loom with new coordinators on both sides of the ball. Before the last dirty uniform was washed in 2013, defensive coordinator Dave Cohen was fired. Joe Rossi was promoted to take over. Ralph Friedgen was hired to run the offense. This is an intriguing squad coming off a six-win bowl season that has 15 starters back. Challenges loom in the rugged Big Ten East.

Here are some questions I have as the BTN bus heads for Rutgers.

1. Is Gary Nova the answer at quarterback? He was recently named the starter. But Nova has struggled with consistency throughout his career. The two-year starter was benched late last season. Nova tends to force passes and make some dubious decisions.

2. Is the secondary ready? The unit has just one starter back in SS Lorenzo Waters. Depth also is thin, so expect some newcomers to play. Just three corners on the roster have game experience. Two freshman corners played last season; and the inexperience showed.

3. Will the trenches hold up? The Scarlet Knights look to have a strong d-line. In fact, it should be the best part of the defense, going eight deep. But is the unit big enough to withstand the weekly rigors of playing in the Big Ten? RU counts on movement, slants, stunts to compensate for a lack of girth. There are some physical offenses in the East, including Michigan State and Ohio State. And plenty of spreads, too, so tackling in space will be key, in addition to being physical at the point of attack.

4. How does the skill talent look? I?m expecting the running backs and receivers to look good. Backs like Paul James and Justin Goodwin need to be impressive to make Friedgen?s multiple offense work. James ran for 881 yards last season. Others I wanna see are Justin Goodwin and Desmon Peoples. True freshman Josh Hicks is supposed to be a stud. The receivers could be solid. Leonte Carroo could be one of the Big Ten?s most underrated wideouts. Ruhann Peele is another wideout to watch.

5. How good is TE Tyler Kroft? Some think he?s one of the Big Ten?s top tight ends. The 6-6, 240-pound Kroft is a rangy down-field target who emerged last year. He will need to have a big year if this offense is gonna click.

6. Janarian Grant made noise as a return man last year. He?s impressing in camp. I wanna see this guy?s speed and playmaking ability.