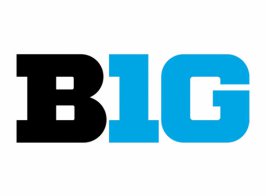 (AP) — A federal judge ruled Friday that the NCAA can't stop college football and basketball players from selling the rights to their names and likenesses, opening the way to athletes getting payouts once their college careers are over.

In a landmark decision, U.S. District Judge Claudia Wilken ruled in favor of former UCLA basketball star Ed O'Bannon and 19 others in a lawsuit that challenged the NCAA's regulation of college athletics on antitrust grounds. She issued an injunction prohibiting the NCAA from enforcing its rules on money given to athletes when it comes to their names, images and likenesses.

In a partial victory for the NCAA, though, Wilken said the body that governs college athletics could set a cap on the money paid to athletes, as long as it allows at least $5,000 per athlete per year of competition for players at big football and basketball schools.

"The NCAA's witnesses stated that their concerns about student-athlete compensation would be minimized or negated if compensation was capped at a few thousand dollars per year," Wilken wrote.

The NCAA said in a statement it disagreed with the decision, but was still reviewing it.

Social media reactions to the ruling:

Not only did O'Bannon win, but he won in a federal circuit – the 9th Circuit – where the appeal will go to a labor-friendly appellate court.

Landmark ruling with O'Bannon case. Appeals to come, yes, but make no mistake this is historic