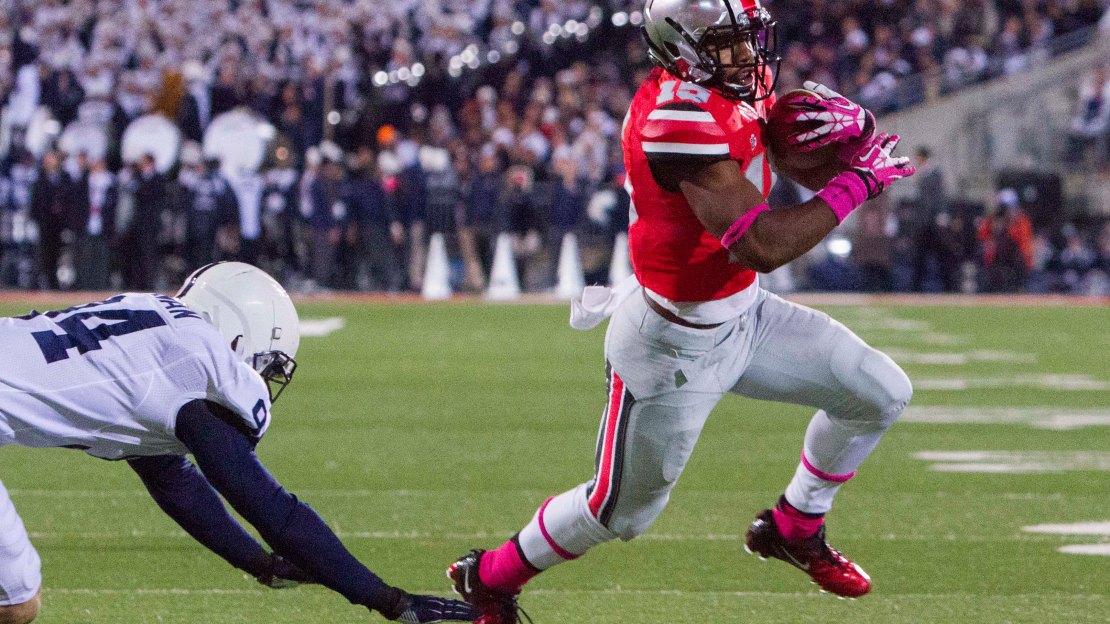 Kickoff is fast approaching. To help count down the days to Aug. 28, the BTN.com team is discussing one topic every day. Think of it as our countdown to kickoff. Today's topic: East breakout player? See Tom Dienhart, Sean Merriman and Brent Yarina?s picks in this post.

Tom Dienhart: Darian Hicks, CB, Michigan State. Darqueze Dennard?s departure has created a spot in the Spartans? stingy and much-talked-about ?No Fly Zone? secondary. Hicks is the one tabbed to start alongside Trae Waynes. He's a perfect fit, too, because he's a top athlete with the cover skills to make MSU?s aggressive scheme work.

Sean Merriman: Ezekiel Elliott, RB, Ohio State. Elliott will be looked at to take over the role as Ohio State?s go-to tailback, and he should be an absolute force in the backfield. Despite playing a limited role as a freshman last year, Elliot averaged 8.7 yards per carry en route to amassing 262 yards rushing; he also added a receiving touchdown. Ohio State loves to run the football, and this sophomore has the size and skill to be the next great Buckeye running back.

Brent Yarina: Geno Lewis, WR, Penn State. Who's going to replace Allen Robinson's 97 grabs and 1,432 yards? It will be a collective effort, but Lewis, the team's leading returning wide receiver (18 rec., 234 yards, 3 TD), should see a huge uptick in production. Oh, and the fact Lewis has star Christian Hackenberg under center only helps his outlook. Keep in mind: the Big Ten lost its top seven leaders in receiving yards, so the sophomore wideout could play his way into the top receiver equation.