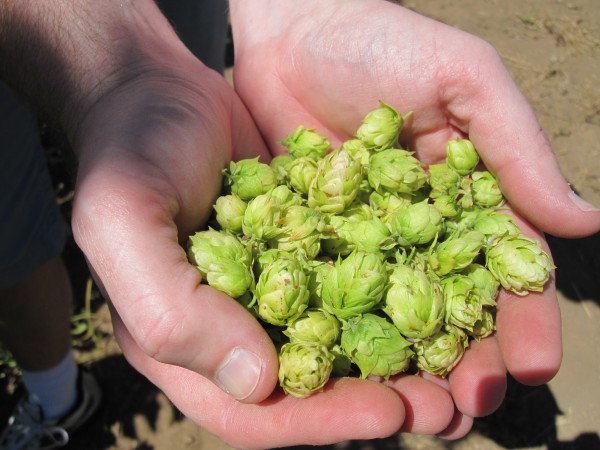 Beer and higher education have always gone hand-in-hand, but the University of Minnesota and Dr. Charlie Rohwer may have taken the relationship to a whole new level.

The school?s Southern Research & Outreach Center (SROC) started researching the crop, a key ingredient in beer, in 2010. Demand for hops has corresponded to the explosion in craft-beer consumption during the past few years. According to the Brewers Association, the craft-brewing industry contributed $33.9 billion to the U.S. economy in 2012, with Minnesota ranking 16th among U.S. states in economic impact and 10th in production. While the numbers show Minnesota has benefited from this boom, it does lag behind in one key area - with its cool climate and short growing season, there are virtually no locally grown hops. This is where Rohwer, a research associate at the University of Minnesota?s SROC, comes in. He?s spent the past few years conducting experiments to find out which varieties of this vine-based plant might be able to grow in the state.

?People outside of traditional production areas are taking a risk by planting hops,? Rohwer said. ?I want to provide useful, unbiased information and tools to increase the chances for growers to succeed.?

A home brewer since 2001 with a Ph.D. in applied plant science, there didn?t seem to be much hesitation on his part to embrace this research. ?Hops are at the intersection of beer and horticulture, so it was a logical and delicious direction to take,? he explained.

Additionally, the University of Minnesota has given him a lot of time and leeway to find out which approach, if any, will work.

?Mistakes are tolerated in this brand new field as long as I can explain them and help others avoid them,? Rohwer said. ?The university has given me the opportunity to attend meetings with hop growers and researchers. Connecting with growers and other researchers from non-traditional growing regions greatly expands the knowledge base that can be shared with growers here in Minnesota. Perhaps most tangibly, a grant from the university helped to pay for my hop harvester. Without that, I would be very limited in the number of plants I can grow and harvest.?

Though he estimates that Minnesota-born and -bred hops are still 10-15 years in the future, that hasn?t dampened interest among aspiring growers. And Rohwer is doing more than just research to cultivate their enthusiasm. He helped create the Minnesota Hops Grower Association in March 2013, and also recently helped someone get a new business underway.

?A resident applied for a permit to build a farmhouse brewery, where hops are grown and beer is brewed,? Rohwer said. ?Opponents of the permit argued that hops cannot be grown in Minnesota. I was able to convincingly argue otherwise with four years of data, and the permit was granted.

?I am not at all surprised at the interest in growing hops in Minnesota,? he added. ?The recent increase in craft-beer production and the number of breweries has created a much larger market for locally grown hops. Plenty of beer enthusiasts want to try their hand at being a part of the process by providing ingredients, plenty of landowners are looking to diversify or generate income, and some breweries are trying their hand at growing some of their own hops ? I think growers understand that the University of Minnesota is working to create tools and generate information to help them succeed.?