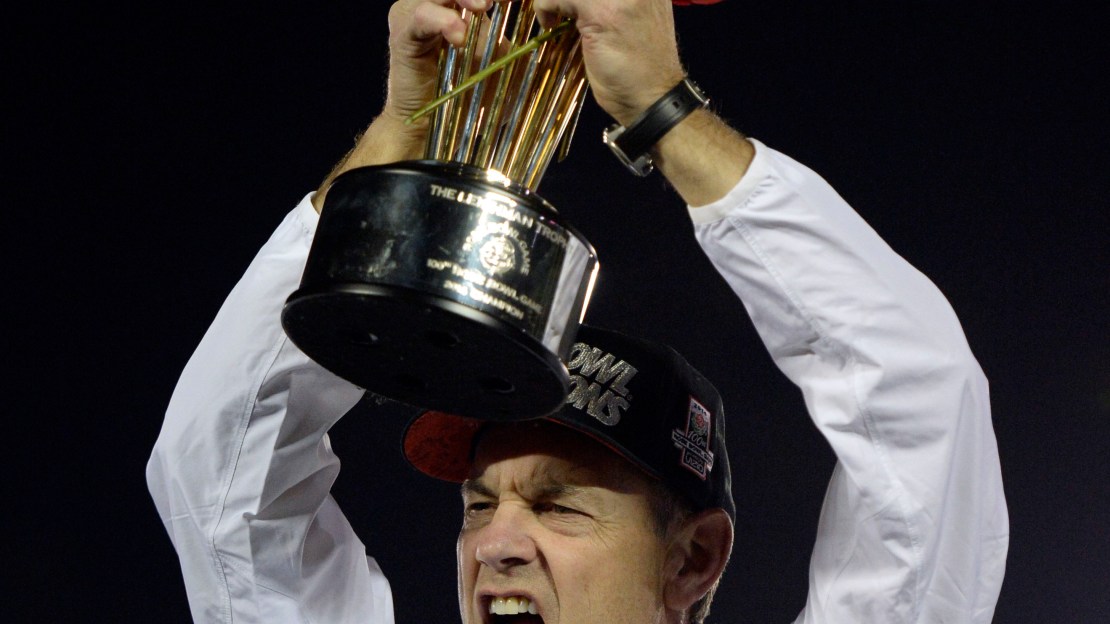 Here is how it works, America: You have questions ? you email them to me ? I answer them. Well, I answer the good ones! Here?s another batch from you. Thanks for reading. And keep writing and pressing the ?send? button. Oh, and don't forget to bookmark my diary for updates from every stop on the BTN football tour.

Urban Meyer and Mark Dantonio brought this up, but do you think leagues or perhaps the NCAA are at least thinking about supplementing or helping families travel to league championship games and/or bowls? With the new playoff, Meyer brought up that you're asking families to travel three times all over the country during the holiday season, which I agree adds up. – Stephanie

I think it?s a great idea and it is being thought of. But it may not be time to push for it. We have some massive NCAA reforms coming, including a proposal that will offer stipends to athletes. That?s a big, new expense. And other new expenses surely are coming as other reforms are adopted (guaranteed scholarships, etc.). Can colleges afford yet another new big expense like offering a travel allowance for families? I don?t think they can at the moment. Paying for travel for families would be the ultimate perk-and one that may be a pipe dream for now. I hope I?m wrong.

Am I the only one that feels like the B1G is on an upswing? – Jason

No, I would agree. The arrival of Urban Meyer at Ohio State in 2012 and James Franklin at Penn State this season is giving the league a boost from a recruiting standpoint. Other schools will have to up their recruiting game if they want to keep pace. On the field in 2014, I think the league has at least two legit contenders to make the four-team playoff in Michigan State and Ohio State. So, yes, the league seems to be rising. But work remains, as powers like Michigan, Penn State and Nebraska still have room to grow. The Big Ten really needs those five programs humming to be a great conference.

Ohio State has two very good tight ends. Will they be utilized more? With the o-line being relatively new, I'm thinking teams may blitz the Buckeyes early this season. If so, the tight ends should have many opportunities to be open with quick hitters. – Tim

I like the OSU tight end tandem of Jeff Heuerman and Nick Vannett. I think you are spot-on in your assessment of how these guys will be used. Ohio State is breaking in four new line starters. No doubt, if Miller is under duress, he surely will look to his tight ends for quick-hitters.

I think the odds are long for that to happen. Personnel-wise, the Buckeyes have to show they have improved a defense that struggled to stop the pass last season. OSU was 11th in the conference vs. the pass. And will the o-line be OK with four new starters? Will RB Carlos Hyde be missed? Then there is the schedule, which features a big hurdle with a trip to Michigan State on Nov. 8

Which league do you think is better (more competitive, better teams overall), the Big 10 or Big 12? – Dave

It may be too close to call at this point. Most preseason polls rank Oklahoma, Baylor, Kansas State and Texas from the Big 12. The Big Ten typically has Ohio State, Michigan State, Wisconsin and Nebraska ranked. Some have Michigan. Personally, I think Iowa should be ranked. In the end, the more I type, the more I would give an edge to the Big Ten. But I think Oklahoma may be better than any team in the Big Ten.

Most folks seem to think that Michigan has no chance for the B1G championship this year. Is there any hope that the o-line can make enough improvement to give the Wolverines a running game? Looks bleak, doesn't it? – Karl Wirt

Bleak? Well, that may be too harsh, but challenges loom, no doubt. The line struggled mightily last year. As noted, the struggles to block were at the heart of the Wolverines? issues. The ground game never gained traction, ranking 11th in the Big Ten (125 ypg). The interior spots look to be coming along. But the tackle spots need to be watched. You hate to put too much pressure on any unit, but let?s go ahead and do so: Michigan?s season hinges on how well the offensive line performs. There, I typed it.

After watching the Nebraska spring game on the Big Ten Network, I was impressed by the performance of freshman quarterback Johnny Stanton. I believe Stanton is a 'game changer' that can take Nebraska from an 8-4 regular season in 2013 to a 10-2 mark this season. Would you agree? Or do you support Bo Pelini's starting quarterback choice, as of today, of Tommy Armstrong? – Danny Miller

Stanton may be the better passer of the two, but his lack of experience holds him back. I just don?t think Pelini can afford to start a signal-caller with basically no college experience. This is a critical season for Pelini. This is Year 7 of his regime. He has done a lot of very good things. But it may be time for a breakthrough. Armstrong is the quarterback who gives this offense the best chance to succeed as the season dawns. And I think he?ll become a better passer. Working with some of the Big Ten?s best skill-position talent will help.

Who are best tight ends in the Big Ten this year? – Doug Smith

I like Michigan?s Devin Funchess (a hybrid TE), Minnesota?s Maxx Williams, Rutgers? Tyler Kroft and Ohio State?s tandem of Jeff Heuerman and Nick Vannett. And keep an eye on Michigan State?s Josiah Price. Penn State may have the best collection of tight ends with Jesse James, Kyle Carter and Adam Breneman. Illinois, Iowa and Wisconsin also have some nice options at tight end. It?s a good year for the position in the Big Ten.