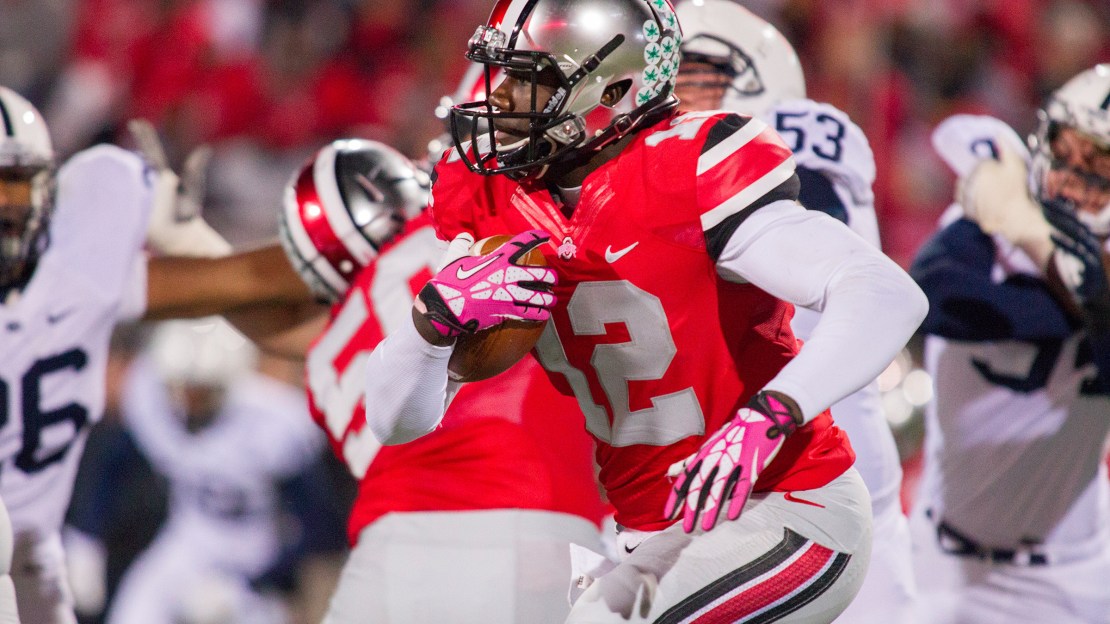 Will this be the year Ohio State wins its first Big Ten title since 2009? Perhaps. Urban Meyer has enjoyed some big success his first two seasons in Columbus, ripping off 24 wins in a row to start his tenure before ending 2013 with consecutive defeats to Ohio State and Clemson. No doubt, Ohio State will be motivated.

Having QB Braxton Miller back will be a huge asset. The coaching staff knows what to expect from this dynamic player and top Heisman contender. But can he stay healthy? And a defensive line that will feature ends Joey Bosa and Noah Spence and tackles Michael Bennett and Adolphus Washington should be among the best in the nation. But some issues need to be ironed out in Columbus.

Here are some questions I hope to answer when I watch the Buckeyes practice on Wednesday.

1. How is the o-line looking? The Buckeye lost four starters in Jack Mewhort, Corey Linsley, Marcus Hall and Andrew Norwell. The only regular back is tackle Taylor Decker, who will man the key left spot. Right guard Pat Elflein also is solid. How are others up front looking? Guys like tackle Darryl Baldwin, guard Antonio Underwood and centers Chad Lindsay and Jacoby Boren, among others?

2. Is the secondary coming together? The unit was torched often last season. And that was with CB Bradley Roby, a first-round pick who turned pro early. New co-defensive coordinator Chris Ash was imported from Arkansas and is supposed to help seal up this leaky unit with a more aggressive scheme. The only starter back is CB Doran Grant. Safeties Vonn Bell and Tyvis Powell have promise. CB Armani Reeves needs to cover. CB Cameron Burrows is another I will watch in this key area.

3. Are the linebackers rolling? This group hasn?t been a strength in recent years. And star Ryan Shazier turned pro early. Joshua Perry and Curtis Grant are returning starters. But I wanna see the youngsters like Darron Lee and Raekwon McMillian.

4. How is the running back slot looking? Bruiser Carlos Hyde is gone, leaving a big void. Ezekiel Elliott could be a top option. Bri?onte Dunn is a big back. I can?t wait to see freshman Curtis Samuel, a speed demon. Lots of intriguing options.

5. How is Dontre Wilson being used? He often is compared to Percy Harvin, an ultra-weapon for Meyer when he was at Florida. Wilson could be a real X-factor. He averaged 8.1 yards on 31 touches last year.

6. Is the backup QB spot OK? This is key, as Miller has proven injury-prone. He missed two games and parts of a third early last season with a knee injury. He also hurt a shoulder vs. Clemson, undergoing offseason surgery. The last two years, Kenny Guiton has been a top backup. But he?s gone. Cardale Jones is the No. 2 man. Oh, and he has thrown two career passes. If Miller gets hurt, things could unravel for OSU if Jones isn?t capable.