Indiana camp preview: How does the defense look? 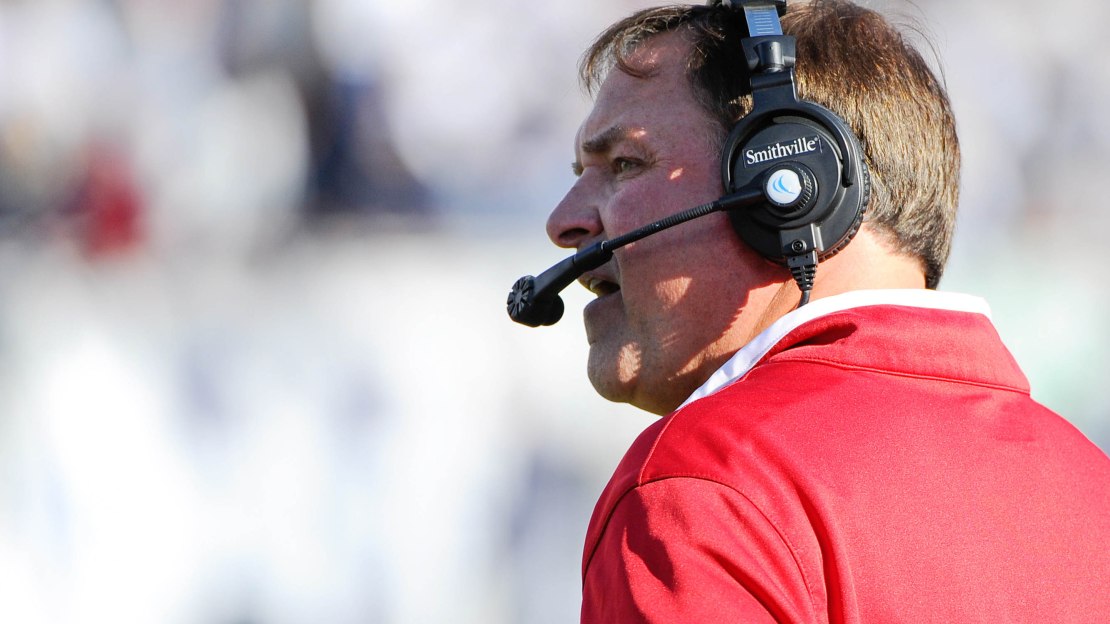 The BTN 2014 camp tour begins on Tuesday in Bloomington, Ind., where we will check out Kevin Wilson?s fourth Indiana squad in the first of 14 stops. Hopes are high in southern Indiana, as Wilson looks to punch the Hoosiers? first postseason ticket since 2007. Indiana came close to a bowl last season, finishing 5-7 with narrow home losses to Navy and Minnesota proving to be costly.

Here are the questions I?ll be looking to answer for a program with a new offensive and defensive coordinator.

1. How does the defense look? Kevin Wilson fired coordinator Doug Mallory, who had been on the job all three seasons of Wilson?s tenure. But the defense got worse each season. Brian Knorr was tabbed from Wake Forest, where he brings a 3-4 alignment that?s billed as being more aggressive and deceptive. It all begins up front for a unit with nine starters back. The linebackers are getting lots of hype. I wanna see guys like Flo Hardin, T.J. Simmons, David Cooper, Clyde Newton and Marcus Oliver.

2. Is the offensive line dominating? This could be one of IU?s best fronts in years. The left side of the line could be a cut-above, with athletic tackle Jason Spriggs and powerful guard Bernard Taylor anchoring. Center Collin Rahrig is an award candidate and best of the bunch. Right guard Dan Feeney-coming off a foot injury that cost him 2013–is another building block.

3. How do the wideouts look? Top options Kofi Hughes and Cody Latimer are gone. Complicating matters: TE Ted Bolser also has departed. Add it up, and that?s 154 receptions, 2,155 yards and 22 touchdowns gone. Diminutive Shane Wynn must be on his game. I also will be checking out Nick Stoner, Mitchell Paige, Isaiah Roundtree, Caleb Cornett and touted freshman Dominique Booth. Any tight ends in the house?

5. Is RB Tevin Coleman as good as I think after running for 958 yards in 2013? He?s a potential stallion who seems primed to be a 1,000-yard rusher. If not for an ankle injury that cost him the final three games, Coleman would have eclipsed the 1,000-yard rushing mark in 2013. Will the Hoosiers? feature him more?

6. Is FS Antonio Allen OK? The bone-crusher incurred a season-ending knee injury in the seventh game last year. Before that, he impressed. Allen needs to be a stud for this defense to go from awful to decent.

7. Is QB Nate Sudfeld rolling? It?s his job now that Tre Roberson has transferred to Indiana State. He must have swagger. I also will watch the backup situation, which is now a critical area. If Sudfeld gets hurt, ?. Uh-oh.