Is Big Ten East the beast? Perhaps, but let's see 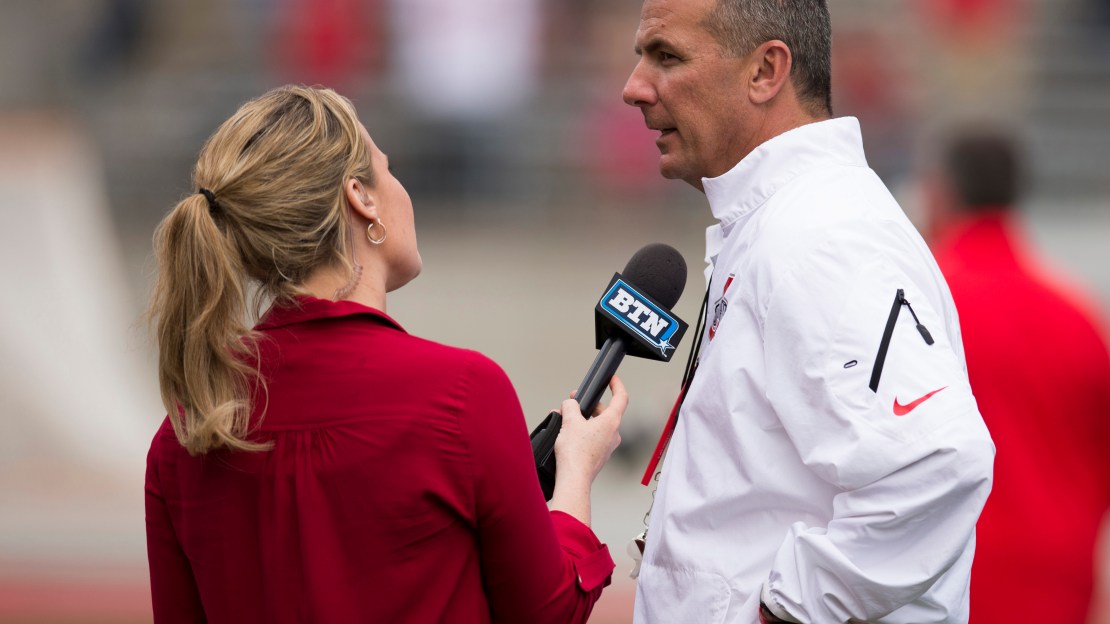 The Big Ten East is a beast. Or at least that?s the perception.

The moment the conference announced it was altering divisions, jettisoning the ?Legends? and ?Leaders? monikers and a competitive balance structure in favor of geographical names and alignment, the feeling has been that the East is the stronger of the two divisions.

It?s easy to see why that opinion has been formed. The East features four traditionally heavyweight programs in Michigan, Michigan State, Ohio State and Penn State. History tells us those four programs are among the best in the Big Ten-and nation. Yes, all four aren?t hitting on all cylinders right now. But each still possesses the traits to be dominant. Again, check the history books.

?The East Division is very strong,? Ohio State coach Urban Meyer said. ?As we get close to the season, start looking at the schedule, there?s a tough run … The East is strong."

Pundits feel the two top Big Ten teams reside in the East, with Ohio State and Michigan State generally being the highest-ranked teams in most preseason polls. But don?t count out the West, which features a Wisconsin team that has won two of the first three Big Ten championship games.

?I learned a long time ago you control what you can," Meyer said. "Scheduling is certainly not who is in the East and who is on the other side, but (it's) very strong conference. You can tell by the recruiting, too, on that side, some very good recruiting that?s been going on. So, that?s going to be a challenge.?

[ MORE: Iowa is the team to beat in the West Division ]

Bottom line: Expect the pendulum of power to swing over time. Remember, when the SEC split into geographic divisions in 1992, the East was king with Tennessee, Florida and Georgia ruling; but the West now has the power behind Alabama, LSU and Auburn.

?I think these things ebb and flow, Big Ten commissioner Jim Delany said. ?Northwestern has been to a Rose Bowl. Wisconsin went to three or four in a row. Nebraska has won national championships. Iowa has played in very big games. Illinois has played in Rose Bowls and other major Bowls.

?When I think about historic balance, I think that the teams will play out based on the quality of the players and quality of the coaches. And I?m not worried about that part of it.?

The teams in the West generally are more methodical, more ground-bound in their offensive approach ? teams like Wisconsin, Iowa, Minnesota and Nebraska. The East is marked by more spread-style teams in Ohio State, Maryland and Indiana. It?s an interesting contrast.

?The blue bloods (Ohio State, Michigan, Penn State, Nebraska) haven?t won a championship game yet and the three teams that have won the championship all look like Neanderthal football, at least that?s what people want to call it,? said Iowa coach Kirk Ferentz. "To me, it?s good football. They don?t turn it over, they run it, they pass it, and they score enough points to win and play defense. That?s what the game has always been about.?

Big Ten West squads Iowa, Nebraska and Wisconsin look more than capable of standing toe-to-toe with Big Ten East heavies. And Minnesota and Northwestern have potential, too. It's a deep division.

?A lot of people are going to be wrong (if they think the East is better),? said Minnesota running back David Cobb. ?The East has some great teams and athletes, but I don?t think the West is far behind.?

?It is always hard to say,? the second-year Purdue coach said. ?Every season is different. Things change fast. The perception is the East is stronger. But we have some good teams in our division.?

No doubt, Ohio State and Michigan State are on top of their games. The Buckeyes feature quarterback Braxton Miller, a two-time Silver Football Award winner who leads a team that?s thinking national title.

Mark Dantonio?s Spartans are the reigning kings of the Big Ten coming off a magical 13-1 season capped by the school?s first Rose Bowl since the 1987 season. And MSU is thinking big again this fall. But after those two programs, the Big Ten East features teams with something to prove. The teams at the top of the East may be better than the West, but the quality of depth may be better in the West.

The arrival of Maryland and Rutgers helped push the Big Ten to go with a geographic format. Now, Penn State will have some company on the Eastern flank of the Big Ten, fostering rivalries. And, that's good.  Far too often rivalries have been a casualty in this era of conference expansion.