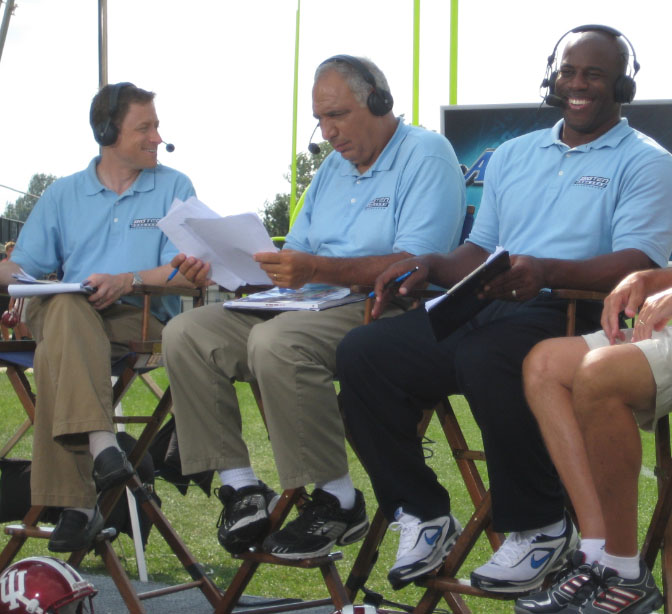 CHICAGO - With BTN?s eighth annual football bus tour hitting the road, the network kicks off its football coverage with the season debut of BTN Live on Monday.

BTN Live, airing at 6 PM ET Monday through Friday and simulcast on FOX Sports Radio, will include analysis and interviews from that day?s practice for the duration of the bus tour. Complete tour details can be found here. BTN Live throughout the month of August is presented by Culligan.

Both BTN Live and BTN Football and Beyond will feature a rotation of hosts Dave Revsine, Mike Hall and Rick Pizzo alongside various BTN analysts.

?What happens in the Big Ten impacts the rest of college football, and what happens in other conferences impacts the Big Ten,? said Michael Calderon, BTN VP-programming and digital media, ?so it?s important for us to provide that perspective. And BTN Live allows us to more effectively cover the news of the day.?

BTN?s football schedule opens Thursday, Aug. 28 and Friday, Aug. 29, with both Minnesota and Michigan State in action. The network will air four games on Saturday, Aug. 30, featuring Illinois, Iowa, Maryland and Nebraska. BTN?s football Saturday coverage throughout the season kicks off at 11 AM ET with the BTN Football Pregame, presented by Auto-Owners Insurance, and includes post-game coverage and The Final Drive, which airs every football Saturday after the day?s last Big Ten game.

About BTN: A joint venture between the Big Ten Conference and Fox Networks, BTN is the first internationally distributed network dedicated to covering one of the premier collegiate conferences in the country. With more than 800 events, all in HD, the 24/7 network is the ultimate destination for Big Ten fans and alumni across the country, allowing them to see their favorite teams, regardless of where they live. BTN2Go is the 24/7 simulcast of BTN that delivers live and on-demand programming via the internet, smartphones and tablets to customers of participating video providers. Events include football, men?s and women?s basketball games; dozens of Big Ten Olympic sports and championship events; studio shows; and classic games. Original programming highlights activities and accomplishments of some of the nation?s finest universities. The groundbreaking Student U initiative provides real-world experience for students interested in careers in sports television. The network is in more than 60 million homes across the United States and Canada, including carriage by all the major video distributors, such as DIRECTV, DISH, Verizon FiOS, AT&T U-Verse, Charter Communications, Comcast Xfinity, Time Warner Cable, Cablevision, Cox Communications, Mediacom, RCN, WOW!, Rogers Cable, Shaw and Shaw Direct (Canada) and approximately 300 additional video providers across North America. For additional information, go to www.BTN.com.