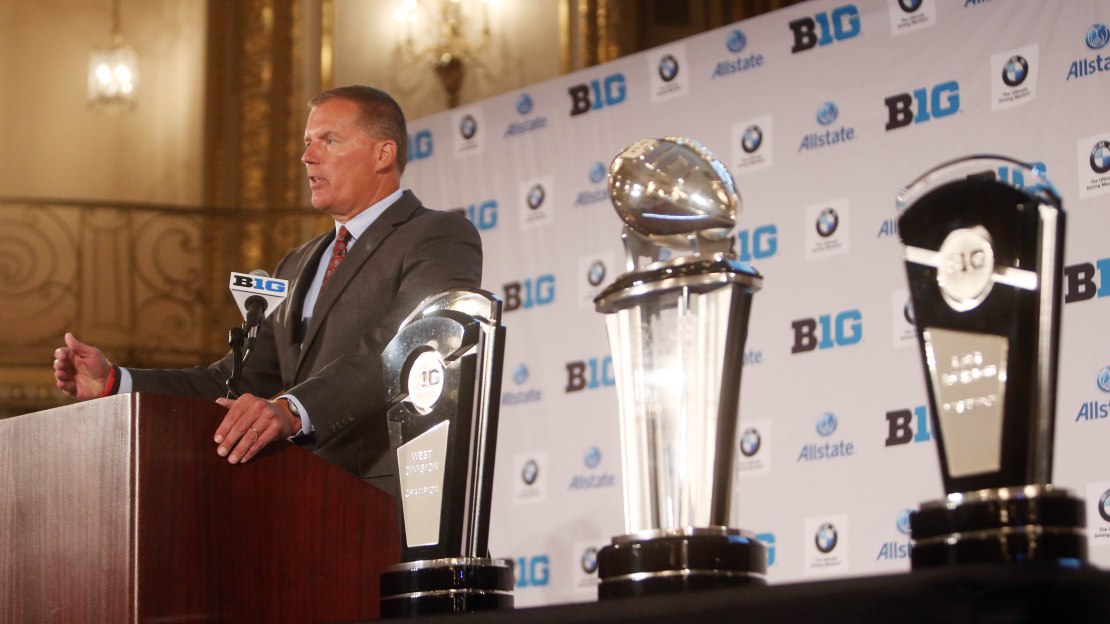 Here is what I got:

"I'm just looking forward to playing two new teams. I'm excited to see what their coaches are like and seeing their style of play. I'm just ready and looking forward to getting a chance go up against those guys." – Michigan QB Devin Gardner

"I like it. I think it will all play itself out. You always play those crossover games, but I like where we are sitting on our side of the new divisions. I've known both of the new coaches for quite some time. We have talked, just general talk, and we're excited for what's ahead." – Purdue head coach Darrell Hazell

"I'm excited about it. With Rutgers, I get to go home and play my home team. It will be nice to have the family atmosphere there. There's a lot of guys on that Rutgers team who are familiar faces to me. It will be nice to play against those guys again. It's almost like it will bring back a little high school rivalry. They (Rutgers) do have a great program, so I want to see what they will bring to the table. - Michigan State DE Shilique Calhoun

"I think it is awesome. I think it's awesome for the conference. Having a presence in the Washington DC area is very important. Having a presence in the New Jersey and New York area is very important. I think they have great football coaches and tremendous fan bases. Obviously, Maryland holds a special place in my heart and always will as it was the first big break for me in the industry. The high school coaches in that state, the coaches that are still there, they are great. It will forever be a special place for me. I think it's awesome for the conference." – Penn State head coach James Franklin

"I like it. I like it a lot. I think we've added two great, respectable institutions. It's great to be able to have these guys and they will bring a great East Coast mentality to the game." – Illinois head coach Tim Beckman