Iowa is the team to beat in the West Division 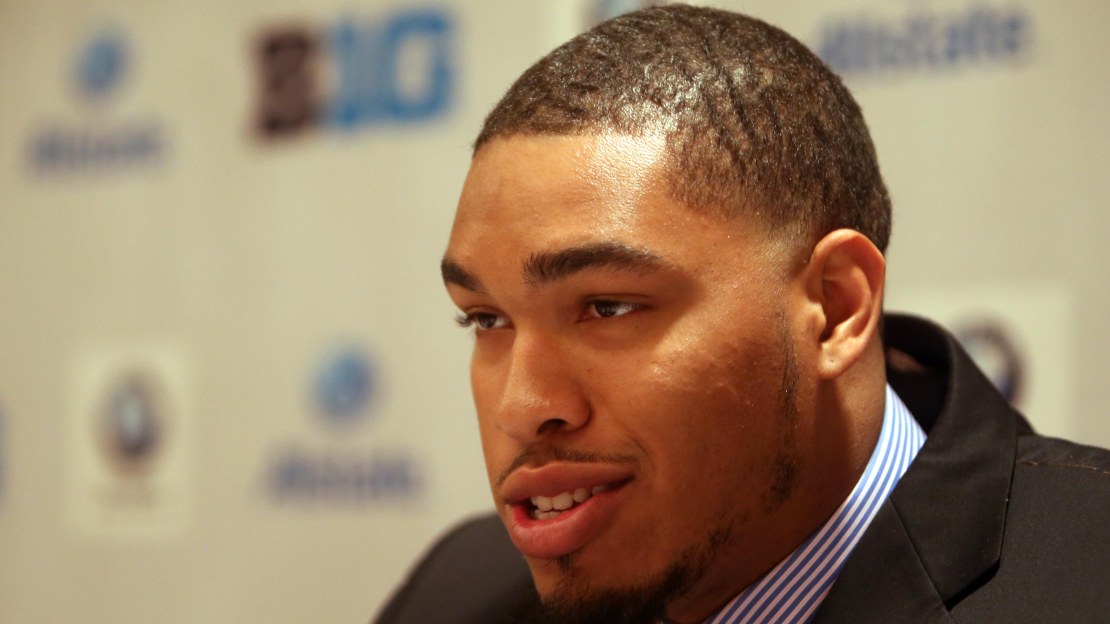 Kirk Ferentz isn?t one to get lost in hyperbole. Grand statements? Bold proclamations? They won?t come from the dean of Big Ten coaches who is entering his 16th season in Iowa City. So, don?t expect him to tout and embrace any talk of his team winning the Big Ten West this fall.

?I told our players it?s fool?s gold,? said Ferentz, who led Iowa to Big Ten titles in 2002 and 2004. ?A year ago we were in the outhouse. I don?t know if we are in the penthouse now, but the meter swings back and forth. All that is important is where things are at season?s end.?

By then, I expect Iowa to be sitting on top of the West. Yes, Iowa over Wisconsin and Nebraska, the other two schools that appear to have strong cases to win the division. This looks like a vintage Hawkeyes squad capable of recapturing the glory the program enjoyed in the early- and mid-2000s. What makes this program special? What is its identity? How can it best be summed up?

?Physical,? said Minnesota running back David Cobb. ?And they run that same zone run play. They run the stretch run play as good as anyone I have seen. They know their identity, they know what they want to do. That is why they are so successful.?

Optimism for Iowa begins with the play of lines on both sides of the ball. Football is about the trenches. And the Hawkeyes may have an unmatched set of offensive and defensive lines. Credit Ferentz, who is an offensive line coach by trade. He sets the tone.

?Not sure there are many better coaches,? said Purdue?s Darrell Hazell. ?They keep their schemes simplistic. They are well coached. The thing Iowa has done well for years is develop players in their system.?

The headliner up front is offensive tackle Brandon Scherff, who has taken out a $1 million insurance policy and who one pundit thinks could be the first pick in the 2015 draft. And he?s a player that reminds Ferentz of ex-Hawkeye Marshal Yanda. When discussing Scherff, Ferentz breaks his stoic mold and is effusive in his praise, saying he could go down as one of the best players ever at Iowa. Yes, Ferentz said ?ever.?

"You try to warn him about what the pitfalls are, but he is so grounded and he was raised that way," Ferentz said Monday at Big Ten Media Days. "… It's not like there's a lot of massaging going on there. This guy is just as humble as they come, he's as pure as they come.

"But all that being said, I had an interesting conversation with (Marshal) Yanda this past June, and he said he caught himself paying attention to some of the noise after the Super Bowl championship (in 2013), and he had to remind himself, 'Hey, just block it all out and do what you do.' So, yeah. Everybody's human. He's going to get a lot of attention. He should get a lot of attention. My guess is he'll handle it well. The thing he worries about is the image he conveys to his teammates. He's acutely aware of that. He gets that and I don't think you're going to see him get off the track."

The stud up front on defense is tackle Carl Davis, a massive force on the interior who has seen his career blossom bit by bit after a slow start first due to academics and then injury. He?s a classic run-stuffer who eats blocks and creates congestion.

Those strong lines are surrounded by ample talent. The offense has a rising quarterback in Jake Rudock and a collection of good runners in Mark Weisman, Damon Bullock and Jordan Canzeri.

?They do the same thing over and over,? said Minnesota?s Jerry Kill. ?I saw it at Southern Illinois when we visited. (Ferentz) believes in his system. His kids believe in it. He gets a back and a line that fits his system. It is like a well-oiled machined.

?With all of these spread offenses, what they do is different. They line up and run, like us. That may be the way to be because everyone else is doing all of the spread stuff. They are tough to prepare for. They are well-coached.?

And then there is the schedule-it sets up beautifully. In fact, there may be just one game in which the Hawkeyes aren?t favored: at Pitt on Sept. 20. The cross-division foes are Maryland and Indiana. And Wisconsin and Nebraska both come to Iowa City.

?I remember sitting here in 2007 and hearing the same thing (about how Iowa had a soft schedule) and we didn?t go to a bowl,? said Ferentz. ?We were 6-6. We were bowl eligible but not bowl worthy. It is easy to say those things if you aren?t competing. In 2009, we ended the season ranked No. 7 in the nation and won the Orange Bowl and it was a miracle we beat UNI in our opener.?

And also know this: In 15 previous seasons under Ferentz, the Hawkeyes have gone undefeated in non-conference action just three times (2003, 2006 and 2009).

There are concerns on the field, to be sure. The areas to watch: The linebacking corps, which will have three new starters with stalwarts Christian Kirksey, James Morris and Anthony Hitchens gone, and a receiving corps that needs to show an ability to stretch defenses. All eyes will be on Kevonte Martin-Manley, Tevaun Smith, Damond Powell, Jacob Hillyer and youngsters Derrick Willies, Andre Harris and Derrick Mitchell. Depth also is a worry along the offensive line and in the secondary at safety.

?We lost three NFL linebackers,? said Ferentz. ?Leadership, those seniors will be missed. (Offensive tackle) Brett Van Sloten also brought a lot as a leader. You can?t put a price on it.

?We have depth issues at safety, depth on the offensive line, need to find a starting corner. We have a lot to work on. It will be a busy month.?

It also may be a season to remember.

"That is what we are working toward, having a special season," said Davis. "Our coaches believe we can have a special season. We have to take the approach that everyone is out to get us and play our best game every week. We have some talent and can do it."