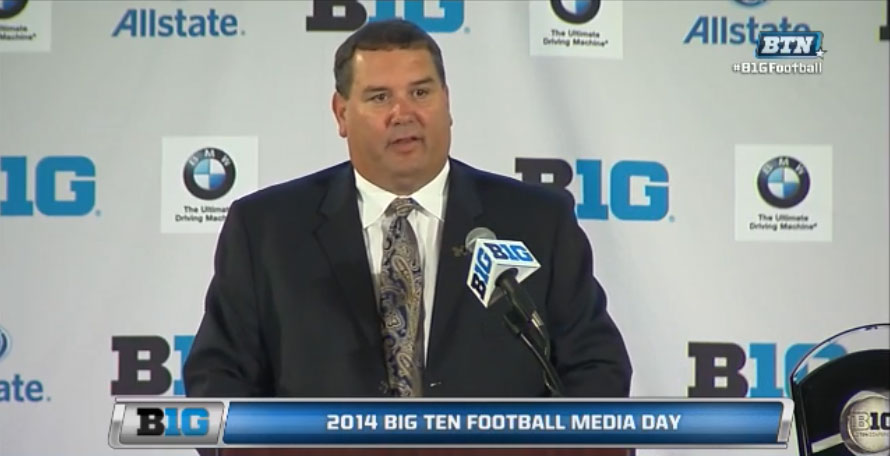 No sugarcoating it: This is a big season for Michigan and Brady Hoke, who has seen his win total drop each of his three seasons in Ann Arbor. Last year ended in a heap, as the Wolverines saw a 5-0 start melt into a 7-5 finish. The offense was an abomination, as Michigan struggled to get a push up front and run. As a consequence, coordinator Al Borges lost his job and Doug Nussmeier was hired from Alabama. Will it help? Stay tuned.

?Why do you coach?? said Hoke. ?If we are doing everything we can ? the only pressure is preparing those guys for life after football. Socially, academically, that?s important.?

That all may be true, but most would agree that on-field results need to improve in 2014. And, no doubt, the potential is there with 16 starters back stoking the sense of urgency.

?This is most competitive team I've been around,? said Hoke, whose team has games at Notre Dame, at Michigan State and at Ohio State. "That is exactly what Michigan, as the leaders and the best, we should have."

The offensive line will be under fire, as the group struggled all season for an attack that ranked 11tth in the Big Ten in rushing (125.7 ypg). If the unit develops, the offense should be able to maximize the ample skill talent on the roster, headed by WR Devin Funchess, QB Devin Gardner and RB Derrick Green, among others. But the hill to climb in the new Big Ten East will be steep.