Debate It: Who will be 2014 passing yards leader? 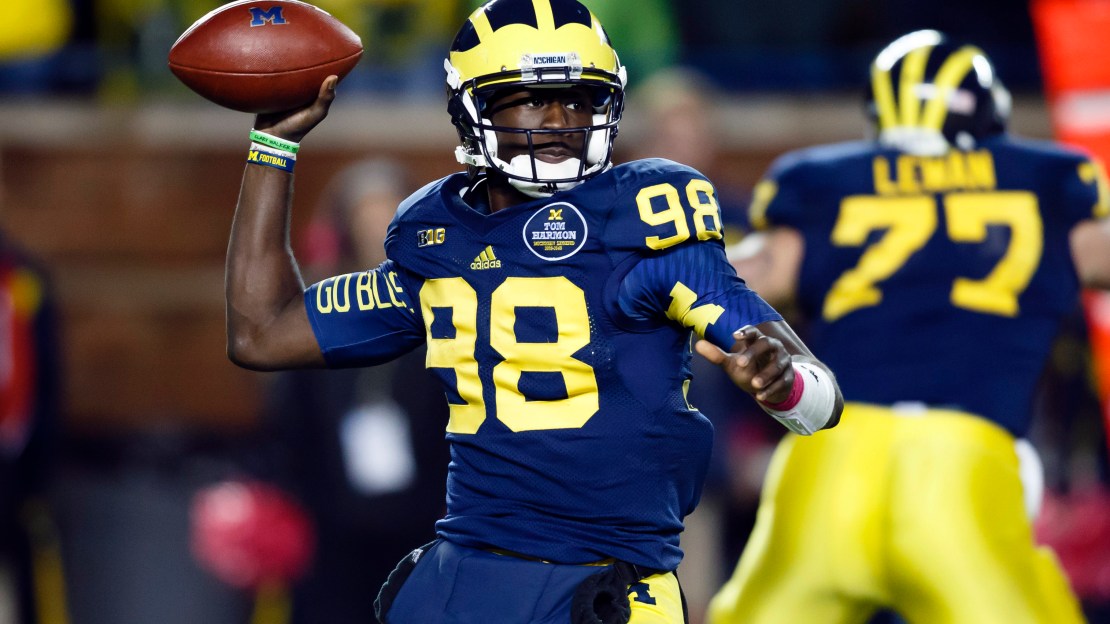 Quick! Who is the Big Ten's returning passing yards leader?

Chances are, you're thinking it's Christian Hackenberg or Nate Sudfeld, right? Nope, it's Devin Gardner (2,960 yards).

Who will find his name on top of the passing yards list at season's end? See Tom Dienhart, Sean Merriman and Brent Yarina's predictions in this post.

Tom Dienhart: Nate Sudfeld, Indiana. He wasn?t the full-time starter last season but still threw for 2,523 yards. Look for the big Californian to push well past 4,000 yards as he pushes the buttons on the Hoosiers? go-go offense that is bent toward chucking the pigskin but also has a formidable rushing attack, thanks to Tevin Coleman.

Sean Merriman: Nate Sudfeld, Indiana. This is a guy who passed for more than 2,500 yards last season, while sharing quarterback duties with Tre Roberson. With Roberson gone, Sudfeld is the man, and my guess is that he is going to put up some silly passing numbers in Kevin Wilson?s pass-happy offense. What kind of numbers? Call me crazy, but with his big arm and a wide open passing attack, I don?t think 3,500 yards and 25 touchdowns is an unrealistic expectation.

Brent Yarina: Devin Gardner, Michigan. Too many people are letting Gardner's nonconference struggles/fumble-itis affect their views of him. The turnovers were troubling, no doubt, but Gardner averaged 269.8 passing yards in Big Ten play, all while completing 61.5 percent of his passes and tossing 14 TDs and 3 INT. Those are fantastic numbers, and he'll continue rack up big stats in his final season.