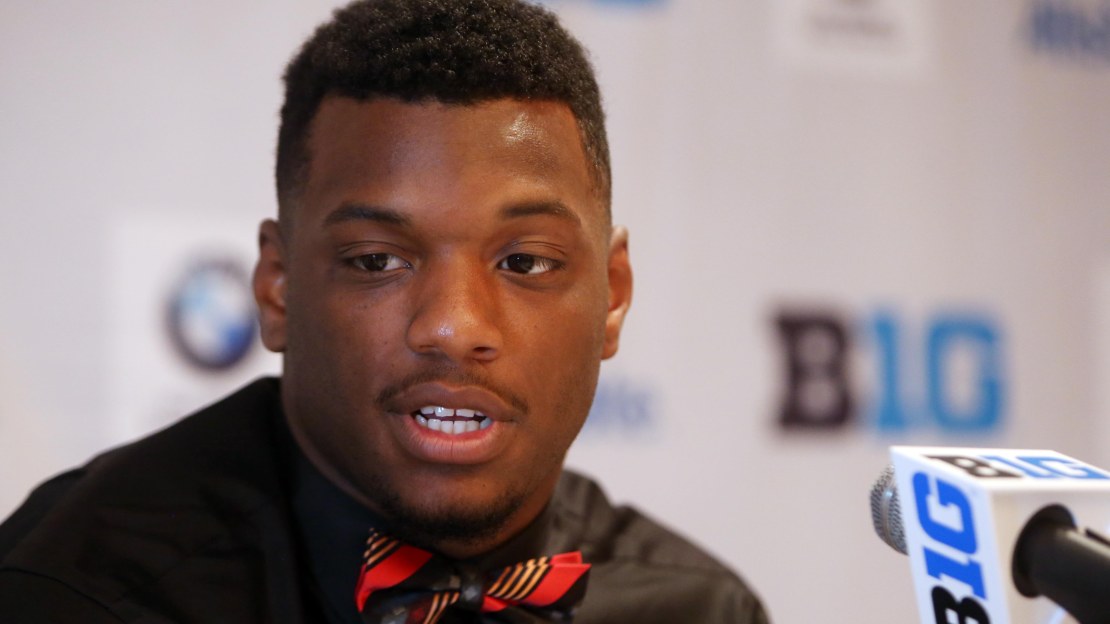 Day one of Big Ten Media Days was filled with plenty of outstanding quotes, stories, and, of course, fashion. I made it a point to talk to as many coaches and players as possible today, while gathering any and all information I could get my hands on. Here is a breakdown of the best moments from day one of Big Ten media day.

Best coach quote: "The hope is that he will be able to help us start a pipeline in Canada. We want to be able to dominate that area. In fact, I think you guys should all go ahead and make those t-shirts. Let's get some "Dominate Canada" t-shirts made for our fans." – Penn State coach James Franklin, on freshman QB Michael O'Connor, who was born and raised in Ottawa.

Best player quote: "You don't ever want to see your rivals win a championship, especially if they beat you to get there. My job is to make sure that doesn't happen." – Michigan quarterback Devin Gardner, on seeing Ohio State and Michigan State play in the Big Ten Championship Game.

Best question asked: "What changes would you make to the Big Ten if you were the commissioner of the conference?" – Reporter to Ohio State DT Michael Bennett –

Most bizarre question asked: "What is the craziest thing you have ever done at the bottom of a giant pile?" – Reporter to Penn State LB Mike Hull

Best dressed: Kurtis Drummond, Michigan State. He was a hilarious quote machine about the ensemble, too.

And the early leader for the best dressed player at #B1GMediaDay has to be @MSU_football's Kurtis Drummond pic.twitter.com/kwynCt6fpV

Michigan's Jake Ryan wanted the Best Dressed title, telling colleague Brent Yarina, "Best dressed, right?" as he took a picture of that he tweeted. Ryan looked sharp, but, as Brent pointed out in the tweet, the colors are very Notre Dame-ish.

Best focus: During Nebraska's session in the media room, several media members and school officials couldn't avoid a camera tripod that was placed on the ground. After a few people accidentally knocked into it and nearly bit it, Kenny Bell, facing the scene and mid-answer, said, "That's like the sixth person to almost trip on that that thing," before completing his thought. Nothing rattles the Nebraska wide receiver.

Best hair: It has to be Bell, right? Read more about it here.

Best outtake: Calhoun, one of the Big Ten's most loquacious personalities, got all tongue-tied when answering one of the bevy of questions floated his way. At first, he played it off as if nothing happened, and then, in true self-deprecating fashion, he purposely tongue-tied himself for a few more words before telling the crowd in front of him, "Can I do that over again? Let's rewind. Here goes."