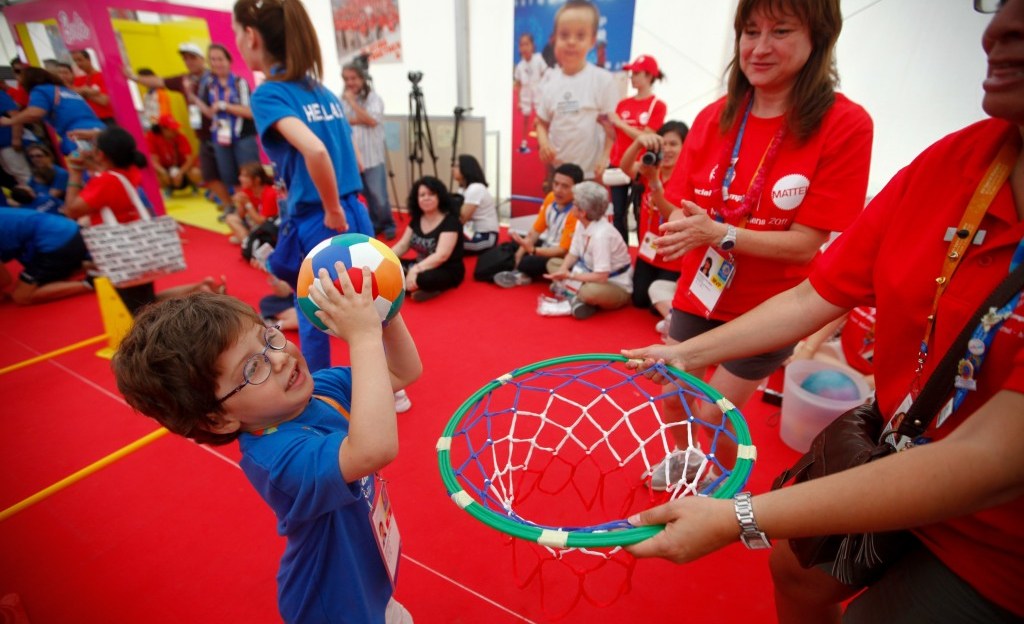 Ellen Anderson is living proof that answering a call for volunteers can lead to a worldwide movement.

?In 1998, the dental school was doing screenings at Special Smiles,? said Anderson, an associate professor of physical therapy at Rutgers School of Health Related Professions. ?Faculty at the dental school were trying to recruit different disciplines to also participate in the Healthy Athletes Program with Special Olympics. I took on the role of getting physical therapy involved in screening athletes.?

As she continued to volunteer her time during the next few years, she noted the availability of Special Olympics programming for special-needs children under the age of eight failed to provide them with many of the basic skills needed to compete.

Six years into her relationship with the Special Olympics, Anderson took her first step to change this situation. With the encouragement of Special Olympics New Jersey President Marc Edenzon, she developed the Young Athletes Program for children between ages 2-8 to develop better coordination and learn other essential skills.

?There is such a need for parents to have a network of support and become engaged with their children,? she said. ?Part of the reason Special Olympics was so interested in the Young Athletes Program is because there was a gap in the programming for individuals with special needs ? Special Olympics begins at the age of eight.?

As Anderson points out, Special Olympics participation is not uniform across the state of New Jersey, and even less so around the country and beyond. Some compete through their schools or community groups, while others participate independently with their parents as coaches.

?The [Young Athletes] Program was conceived for parents to do it with their children,? she explained. ?We were surprised to see the initial report from Special Olympics International that the model being delivered was school-based. What we?ve done since then is develop a curriculum for teachers to do the program three times per week and track changes in behavior and motor skills.?

In June, the Special Olympics USA Games were held close to Anderson?s home in New Jersey, and the next step of the program?s evolution was unveiled.

The Young Athletes Festival presented a carnival atmosphere that engaged children in play. Anderson pointed out that imagery throughout the pavilion displayed older athletes using the skills at each station in a Special Olympics activity. For example, an image of a Special Olympian playing a baseball was alongside a station where kids worked on throwing.

?What was amazing to me was seeing parents and teachers with the child and hearing them say ?He?s really good at that. I can see him playing baseball,?? Anderson said. ?I can?t help but think it?s because there was a backdrop of a Special Olympics athlete playing baseball.?

?What struck me most about the national games was there were so many parents who participated in Young Athletes for the first time,? she said. ?They found a community of volunteers and professionals who are very supportive and committed to receiving them and their child warmly - with high expectations. And every time, the child reached those expectations.?