Greg Hudson Q&A: 'We have to do better on first down' 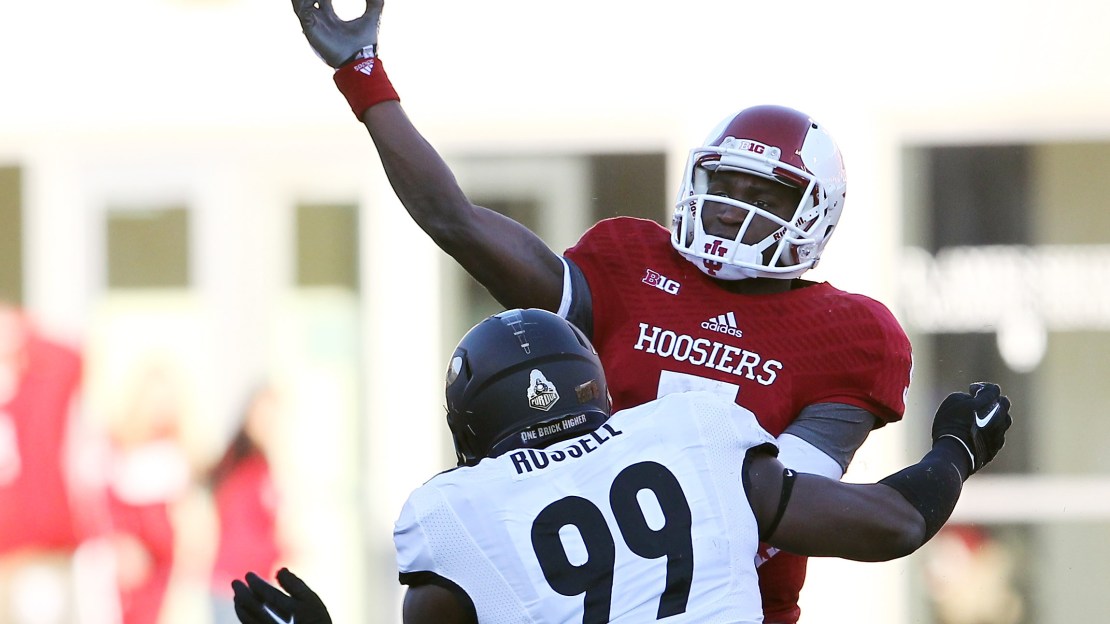 But that was yesterday. Defensive coordinator Greg Hudson has turned the page and continued to preach patience as he teaches a young unit that teems with potential.

I caught up with Hudson to get his views on his second Boilermakers defense.

Q: What is the biggest difference between this time last year and today?
A: The biggest difference is the relationship we have with each individual kid. And knowing what makes them click and how much time we are spending with them in the office. We are having great football conversations about our defense. That also has helped the morale improve.

As you coach, you fight about what comes first: success or confidence. I think we are instilling confidence by knowledge of them knowing what to do, when to do it, how to do it. And it?s more opportunities you get to give them a compliment. We are so hung up on looking at negatives on film. We are really harping on complimenting the positives. And we have seen that physically and through their workouts in the winter and in spring practice, and workouts and meetings this summer.

Q: Who are your leaders?
A: When your leaders are up near the football, I think it helps. Sean Robinson in the middle has to be a leader at linebacker and he?s doing that. (End) Ryan Russell has to be the leader in the front. In the back end, we have some leaders, too. They are getting closer as a unit.

Q: What areas are strong?
A: Our end position has to be good. Russell and (Jalani) Phillips have played a lot. They give us two guys who look the part and can play the part up front on the edge. Sean (Robinson) has played a lot in the middle. And we got some young guys at tackle in (Jake) Replogle and (Ra?Zahn) Howard some reps last year as freshmen. We have a corps of guys up front we are expecting to hang our hat on. The two ends have to be productive for us, that is vital.

Q: How will your scheme look?
A: It comes down to simpler terms, how much people don?t do compared to what they do do and have in their playbook. That?s what successful teams do. ?Well, this just kept working.? It turns out, it was the guy doing it is why it kept working.

The other thing that will help is we made a change to be more aggressive in the secondary. We want to be physical. (Defensive backs coach) Taver Johnson has brought a lot of that to the table. We are trying to eliminate space and affecting that quarterback with presence and making him make Sunday throws and making it harder.

Q: So will you play more man coverage?
A: You can be a zone defense and the route turns into a man concept. Playing more aggressive. Getting our hands on people. That?s what we want. Even linebackers, no one should run by you freely. They have to pay a toll to go by you. You have to get a hand on them.

Q: What was most disappointing last year?
A: We did a poor job on first downs. Too many easy runs, too many gaps opening, not having a foxhole mentality. That killed us. We had too many times when it was third-and-short. When it was third-and-six or more, we were like a 62-, 63-percent success rate (in getting off the field). You have a chance there. We have to do better on first down to make it harder on third down.

Q: Can any freshman help this fall?
A: We brought in guys with talent, presence and the other guys can see it. Just them being here and working out this summer has made an impact. It has made the Nos. 1 and 2 on the depth chart realize there is nothing written in stone.

(Linebackers Ja?Whaun) Bentley and (Gelen) Robinson, just their presence has made others run harder and lift more. We hope a guy like Keiwan Jones who is up 285 pounds can play inside. Will Colmery is up to about 280 pounds. We are getting Big Ten big, burly. On the back end, you hope a big DB like Tim Cason can have some presence. Cedric Dale is a really good athlete who can move. He can have a presence. We have to find out early what they can do.

Q: What are your goals?
A: We need more turnovers. We have to get over 30 turnovers. And you would like 100 negative plays over 12 games. When your mental errors and missed tackles are down, you always seem to play better. Those are all things we need to do if we want to have a better defense.